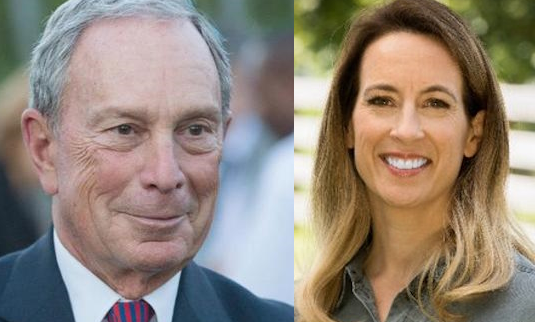 TRENTON, N.J. – It’s amazing how much silence and acquiescence $2 million can buy.

“They include claims from the 1990s that prior to a male colleague’s wedding, Bloomberg told a group of female employees to “line up to give him a blow job as a wedding present”; that he would regularly direct comments like “look at that nice piece of ass” at women in the office; and that upon learning that a female employee was expecting a baby, he responded: ‘Kill it!'”

“Congresswoman Sherrill has had opportunity after opportunity to be a leader in her own Party, but each time she has passed,” said Ali. “Whether it has been any of the host of toxic workplace scandals under Phil Murphy or her endorsement of potential misogynist Mike Bloomberg, I think the women of New Jersey know they can’t count on Mikie Sherrill to stand up for them. Good thing voters in NJ-11 have an opportunity to vote her out in November.”

Bloomberg made his first appearance on a Democrat debate stage in Las Vegas on Wednesday evening. Sherrill not only endorsed Bloomberg for president but is a past beneficiary of Bloomberg’s 2018 independent expenditures on behalf of Democrat candidates.

The billionaire’s history of coarse comments, bad behavior and alleged contribution to an atmosphere of sexual harassment is well-covered territory among those familiar with his public and private sector careers.