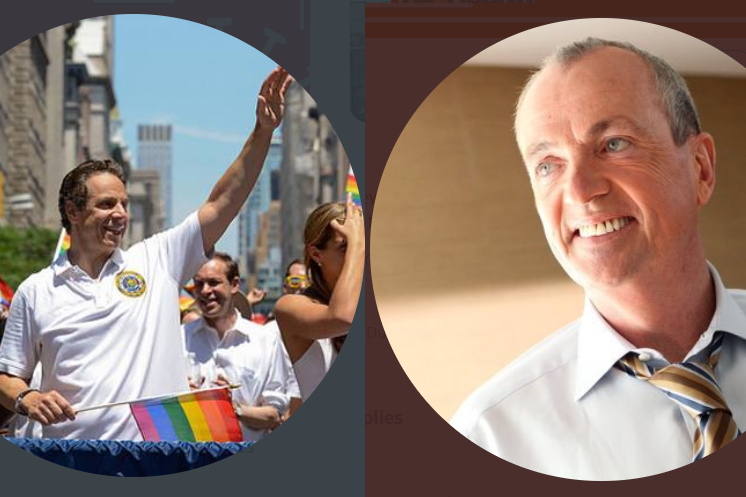 Well, well, well. We told you so, Save Jerseyans!

Governor Andrew Cuomo – whose state is the ground zero of the United States’s COVID-19 outbreak – publicly second-guessed his total shutdown of New York State on Thursday.

Cuomo told reporters at his daily Albany marathon press/free campaign commercial that it was time to get busy on a “get-back-to-work strategy” to complement public health and safety efforts.“We have to do both,” admitted Democrat Governor. “We’re working on it.”

Have we not been saying this???

Now Cuomo, whose state is the epicenter of new COVID-19 cases, suddenly grasps that shutting everyone up together (after many of us were quite possibly exposed but asymptomatic) was a shit idea. Check out what Dr. Birx had to say on Thursday in case you missed it.

“What we did was we closed everything down. That was our public health strategy. Just close everything, all businesses, old workers, young people, old people, short people, tall people,” mused Cuomo. “Every school closed, everything.”

Cuomo’s mea culpa contrasts starkly with New Jersey Governor Phil Murphy’s tyrannical doubling-down on a statewide lockdown which is sending tens of thousands to the unemployment line. Remember: the governors of New York, New Jersey and Connecticut coordinated with one another on all of these – so we were told – inarguably logical mass shutdowns.

Are you listening? Or zoning out to Netflix?

We can fight a pandemic and a depression while walking and chewing bubble gum.

No one is saying it should be back to business as usual” tomorrow. Obviously not. But businesses need to plan and job creators like as much certainty as possible. The Murphy Administration should be working with private industries to develop a flexible timeline; indefinite closures fuel economic distress and lead to more layoffs. Many currently closed businesses (not all) could probably resume operations in the next couple of weeks with modified operations/occupancy regulations. The state should be a partner in helping figure all of this out. NOW.

Instead of more light-and-fluffy ‘wash your hands’ advice, how about calling out Murphy for going to the Left of Cuomo? And lacking any semblance of a triage plan for our battered-and-broken economy?

Once again, folks, they’re bystanders by choice. A minority caucus with a minority mentality will never be anything but.

That’s their challenge (and ours). Democrats have their own new problem. I think Andrew Cuomo’s rare moment of honesty may’ve doomed his much-discussed attempt to sub-in for Joe Biden in 2020. Democrats want to keep Mainstreet USA shuttered indefinitely because it hurts Trump 2020. Andrew is off script! An already wary base may not forgive him for it.