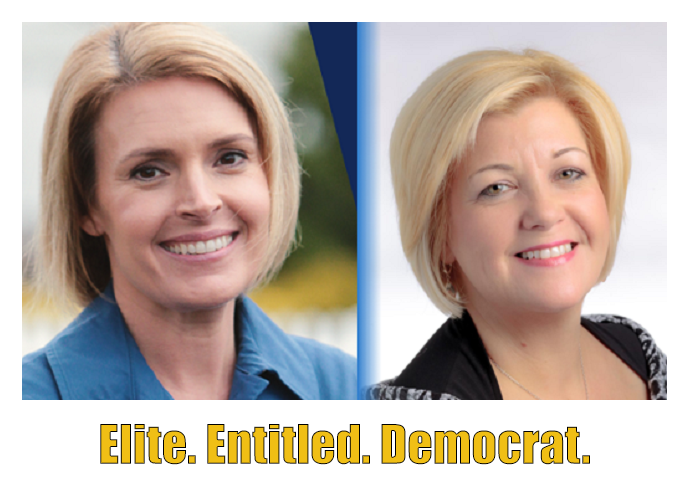 The Second Congressional District is one of the few places in New Jersey where the Republican Party is unambiguously on the upswing, Save Jerseyans. All three legislative seats in LD1 (fully contained inside NJ-02) flipped from blue-to-red last November. Then Jeff Van Drew famously jumped to the GOP over the holiday. Even the district’s Democrat voter registration edge has remained flat while other districts have seen Democrats continue to make steady gains.

I wrote about it back in September before Team Testa won LD1; Deep South Jersey is a working class, small business, Trenton-and-Washington-don’t-get-me-or-my-family region on the map. NJ-02 and its largely rural or exurban subdivisions cumulatively constitute exactly the sort of place were Trump’s cultural rebellion plays well, hence, why his people correctly surmised Wildwood would be a great rally location.

The real question for anyone paying attention to this year’s NJ-02 House race: why would district Democrats settle on a field of candidates uniquely incompatible with NJ-02’s trajectory?

Amy Kennedy (yes, that Kennedy family), an ex-school teacher, is currently fighting it out with Bridget Callahan Harrison, a People’s Republic of Montclair college professor. Harrison is backed by the usually formidable Norcross Machine; Kennedy is backed by her family name, anti-machine Dems and, as of this week, the Atlantic County Democrat organization.

To look at them? I doubt whether either candidate has ever come within a mile of a blueberry farm or any sort of work that didn’t involve a very comfortable chair and over-priced bottled water. Both aspiring nominees are far-left, radical Leftists whose career experience is limited to the ideologically-narrow education industry. Kennedy is particularly ill-suited to appeal to a district that quite clearly prefers “change agents” to aristocrats.

NJ-02 is a large, sprawling district. The Dems couldn’t have dug up a building trades union member from Atlantic County? Long-time small business owner in Cape May? A second generation Hispanic community activist over in Cumberland? Someone with a little dirt under his or her fingernails and/or real world experience outside of a faculty lounge?

I guess not, and that’s precisely the problem today’s Democrat Party is experiencing in Obama-Trump districts like NJ-02.

Call me crazy but I like Jeff Van Drew’s chances this fall. “Elite, entitled, Democrat” isn’t where NJ-02 is these days.

Save Jersey’s Founder and Blogger-in-Chief, MATT ROONEY is a nationally-noted and respected New Jersey political commentator. When he’s not on-line, radio or television advocating for conservative reform and challenging N.J. power-brokers, Matt is a practicing attorney at the law firm of DeMichele & DeMichele in Haddon Heights (Camden County).
_