Christie feels vindicated. Should he? 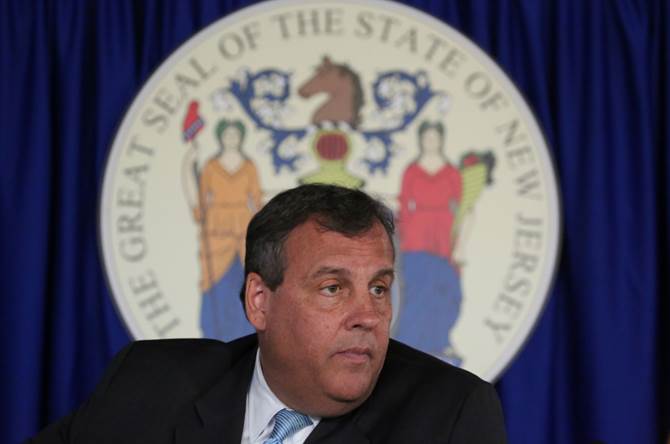 Former Governor Chris Christie took a mini media victory lap on Thursday, Save Jerseyans, celebrating what he’s calling “complete exoneration for my team” after the U.S. Supreme Court unanimously tossed out the Bridgegate convictions of Bridget Kelly and Bill Baroni.

“As many contended from the beginning, and as the court confirmed today, no federal crimes were ever committed in this matter by anyone in my administration,” Christie declared in a tweeted statement. “It is good for all involved that today justice has finally been done.”

As you can probably imagine, I have so many opinions on this Bridgegate thing… I don’t even know where to start! I’ve been covering Chris Christie through this website since 2008. The incredible highs and the expectations-shattering lows.

First and foremost: I do think justice was accomplished. 100%. As Justice Kagan noted in her written opinion, “not every corrupt act by state or local officials is a federal crime.” It’s really that simple. What happened in Fort Lee back in September 2013 was stupid and wrong, yes, but it wasn’t fraud. We can’t bend a particular law to criminalize bad behavior simply because we think said behavior warrants punishment. That’s what then-U.S. Attorney Paul Fishman nevertheless attempted, probably because (as Christie complained to Laura Ingraham on her Thursday night Fox News program) the Obama appointee was doing the bidding of the notoriously partisan Obama Administration.

It’s easy to forget, but long before Donald Trump famously descended down that escalator and upturned American politics, Chris Christie was considered the early 800-pound gorilla heading into 2016. He was a tempting target for the Democrats to knock down. So, in a way, you could argue that Paul Fishman was “guilty” of the same thing Christie Inc. was accused of doing… abusing public authority to affect a political goal. Christie’s people wanted to punish the Mayor of Fort Lee for not endorsing Christie; the Obama DOJ wanted to remove Christie from 2016 contention.

But you’ll note that Kagan did write “corrupt act” in her opinion. Not bad act or misguided act or naughty act.

She also wrote the following immediately before her ‘not every corrupt act is a crime’ line: “For no reason other than political payback, Baroni and Kelly used deception to reduce Fort Lee’s access lanes to the George Washington Bridge—and thereby jeopardized the safety of the town’s residents.” Elsewhere and more devastatingly, Kagan further twisted the knife by concluding that “[t]he evidence the jury heard no doubt shows wrongdoing—deception, corruption, abuse of power.”

Not all corrupt acts or abuses of power are illegal, but you don’t have to be a lawyer to see that the justices clearly believe crime(s) might have been committed in connection with the September 2013 lane closures. Just not federal crimes.

Even the defense kinda-sorta admitted as much. During an intriguing oral argument exchange with Justice Sotomayor back in January in which the justice expressed her concern over the misuse of public resources for private aims, Kelly’s own attorney before the SCOTUS (Yaakov M. Roth) seemed to infer a state charge fit the situation better than what the feds decided to run with. “There may also be state-law constraints on official abuses of authority” Roth argued. “In fact, New Jersey has a statute called ‘Official Misconduct’ that is specifically directed toward unauthorized decisions with bad purposes.” 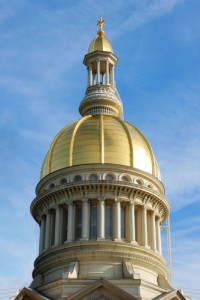 Go look at the transcript. Kelly never contested having engaged in – quoting one of her attorney’s own words – an “abuse of power.”

“Official Misconduct” (2C:30-2) is a lot broader than the federal charges brought against Kelly and Baroni. There’s no requirement that the public servant must’ve attempted to fraudulently obtain property or money; if the official had the goal of injuring someone or enriching themselves, then the official is guilty if “[h]e commits an act relating to his office but constituting an unauthorized exercise of his official functions, knowing that such act is unauthorized or he is committing such act in an unauthorized manner.”

Could a fake traffic study to snarl traffic and punish a mayor qualify?

The statute of limitations is 7 years on this one, by the way, and double jeopardy isn’t an issue (the state and the feds can always pursue their own separate prosecutions), so N.J. Attorney General Gurbir Grewal could theoretically still move on this one if he wanted to sometime in the next few months. I expect he’s probably too busy prosecuting social-distance violators, or readying his next immigration directive, or perhaps even a new lawsuit against the Trump Administraton? Then again, Murphy spent most of his 2017 election campaign talking about Chris Christie and Donald Trump. There’s little reason to think 2021 will be much different.

Secondly, I admit to being a little bit surprised by Christie “my team” line. I don’t know why; I should know better at this point.

“When I went to work at the Port Authority — when I went to work for Chris Christie — that line disappeared,” Baroni explained during his February 2019 sentencing hearing. “I wanted to be on the team. I wanted to please him. I chose to get sucked into his cult and culture.” Back in 2016, Kelly’s own legal team cast their client as a species of victim who had been thrown “under the presidential bus” by Christie.

Self-preserving statements? Maybe. But for what it’s worth, the vast majority of insiders who know all the players don’t disagree with the former defendants’ assessments. Christie was the king; everyone around him knew – or soon learned – that if the shit really and trul hit the fan, you would be sacrified to preserve the future president.

So was it a team? I guess by some definition, but it’s not a team I’d want to play for.

Finally, Christie added one phrase to his public statement which you might’ve glossed over as a rhetorical flourish; he said the prosecution “changed the course of history.”

There will always be aspects of the Bridgegate saga which remain a bit murky, but one thing is crystal clear: Chris Christie and his inner circle absolutely believe he’d be President Christie today but for the DOJ’s malicious prosecution. No one can know for sure; Christie was an early favorite, but early favorites often fall short in marathon presidential nomination contests. As I wrote back in 2015, Trump’s entry to the race deprived Christie of his playbook: a straight-talking “authentic” Northeastern alternative to the status quo. Christie opened a lane for Trump (pardon the pun) with Bridgegate, the Obama hug, and a 2013 reelection strategy which prized margin of victory over conservative accomplishment.

Had Bridgegate not happened? Christie Inc. might’ve been strong enough to dissuade the Donald from jumping in in the first place. We know Trump personally admired Christie and liked his style. We’ll never know. It’s one of modern American political history’s delicious little “what ifs.”

So is this vindication in the final analysis, folks?

“Exoneration” – Christie’s word – is defined as “the action of officially absolving someone from blame; vindication.”

Vindication is defined as “the action of clearing someone of blame or suspicion.”

I’m not sure that’s possible at this point. Even if you believe Christie didn’t personally did anything blameworthy in the lead up to the lane closures, somethign which was never proven, multiple high level members of his “team” did something which was arguably a crime but at the very least constituted “an abuse of power.” Old school, brazen, ugly Jersey political hardball of the kind that has earned our state a rotten reputation and jaded our residents to the point where even Bob Menendez doesn’t gross them out. Also remember: Christie always held himself out as a U.S. Attorney and then governor in absolute control of his operation. Clearly, that either (1) wasn’t the case or (2) he ultimately bore some responsibility, however indirectly, for their behavior. Fairly or not, Christie’s control vibe made it hard for anyone to believe he didn’t know what was going on.

What if Christie had espoused priorities to his underlyings like winning legislative seats for the GOP instead of winning a landslide reelection victory in 2013? Disrupting state politics rather than cutting deals with Democrat bosses? Saving Jersey instead of running up the score? More tantalizing “what ifs” of political history. Christie in his prime was a more articulate Trump. Oh, what could’ve been! What should have been. In my mind that’s always been the REAL crime.

It is what it is now. The ensuing scrutiny destroyed Christie’s national brand as the only honest albeit rough-around-the-edges politician left in the Soprano State. Americans concluded that Christie hadn’t actually turned Trenton upside down; as my friend Art Gallagher observed, Trenton turned Christie upside down.

Nothing in Kagan’s opinion can change that now. If anything, the Christie Administration’s heartbreaking shortcomings are now eternally memorialized in a Supreme Court opinion, the ultimate touch of irony for one of the country’s most famous former federal prosecutors.