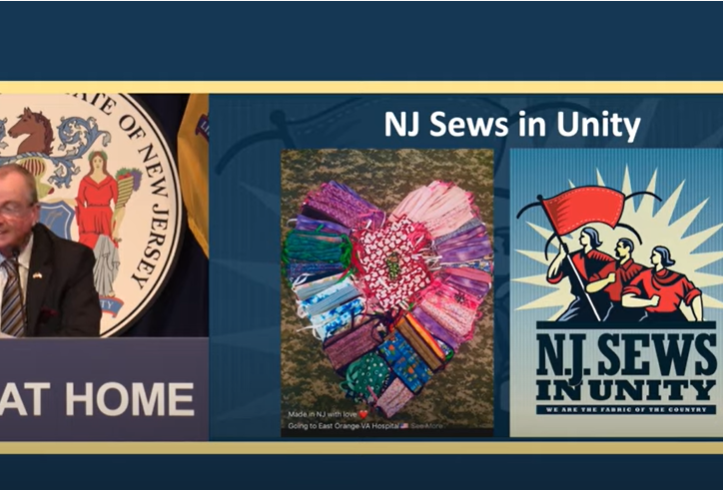 TRENTON, N.J. – Did your Facebook friends savage you for calling Murphy a fascist? Or a socialist/commie?

Well, you can be excused for the micoaggression. He either is everything you’ve accused him of being OR he’s trolling you. Hard.

Check this out: Murph LOVES peppering human interest segments. Who died. Who didn’t. Who did something admirable like sign a song to COVID-19 patients or donate homemade gowns to nurses. On Wednesday, the Governor highlighted a group called ‘NJ Sews in Unity.”

“We’re a group of people (mostly Union County NJ) sewing masks for healthcare workers,” the group’s Facebook group explains. “We are open to anyone who wants to join but right now we only have donations available in Westfield and Cranford. Branchburg might be coming soon.”

Comrade Phil loved it. He REALLY loved their creepy-as-all-hell logo (see below) which is something right out of a 1970s Soviet propaganda poster shop.

“Looks like a little bit of a Soviet Union motif there on the right,” Murphy quipped. “I love the workers first notion.”