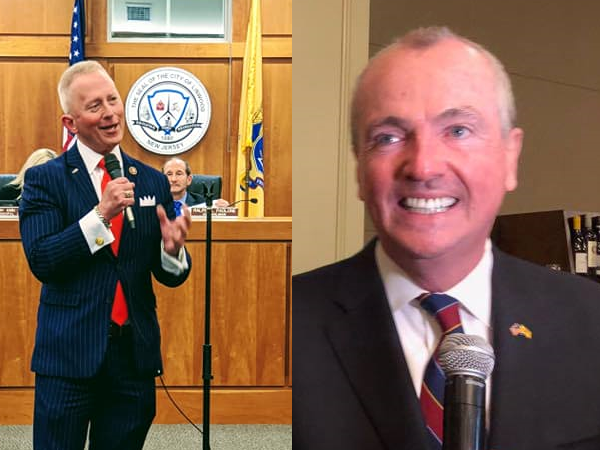 CAPE MAY COURT HOUSE, N.J. – One of the hottest topics in New Jersey decision-making circles at the moment is whether all 21 Garden State counties should be on the same reopening timeline or, alternatively, if there should be different timelines for different regions.

South Jersey (defined here as Salem, Cumberland, Cape May, Gloucester, Atlantic, Camden and Burlington counties) is arguably a prime candidate for a different timeline than, for example, hard-hit Bergen County. It accounted for only 505 of the state’s total 8,244 COVID-19 deaths as of Tuesday; that’s 6% of deaths despite containing roughly 20% of the state’s population. South Jersey presently has just 17% of the state’s hospitalizations.

Congressman Jeff Van Drew (R, NJ-02), whose sprawling district touches portions of all of the aforementioned South Jersey counties, says it’s time to restart key aspects of daily living at the Southern end of the Parkway.

“Our government should never stop anyone from practicing their faith or exercising their rights to operate a business if it can be done in a safe manner,” said Congressman Van Drew in a letter sent to Governor Murphy on Tuesday. “We can allow for the proper distancing and health guidelines while also balancing the need for our community to survive and get back up on to its feet.”

Van Drew, a dentist by trade who switched to the GOP at the end of 2019, cited religious practice, certain medical procedures, and certain businesses which can accomodate social-distancing as being logical starting points.

“First and foremost, we must re-open our places of worship. In South Jersey, I have witnessed the police disperse multiple worship gatherings even though necessary precautions were followed,” said Van Drew in his correspondence. “For example, Jeff McLeod of Rio Grande Baptist Church in Cape May, New Jersey, was threatened with arrest for hosting a gathering outside of his church. All the attendees remained in their cars, which were ten feet apart, and listened to the sermon through a radio broadcast. Churchgoing is a sacred weekly event for many of my constituents. These people are being told that their faith is considered “non-essential” and that practicing their religion subjects them to fine and other punishment. This infringes upon the very principles on which our nation was founded. You insist that essential businesses must remain open for the good of the public, and I respectfully ask that you allow churches practicing proper safety measures to reopen.”

Southern New Jersey is also home to some of the state’s most iconic beach resorts; Van Drew’s district contains Cape May, the Wildwoods, Ocean City and Atlantic City among other popular summertime destinations. Avalon and Stone Harbor have announced plans to reopen their beaches for non-stationary activities beginning this Friday.