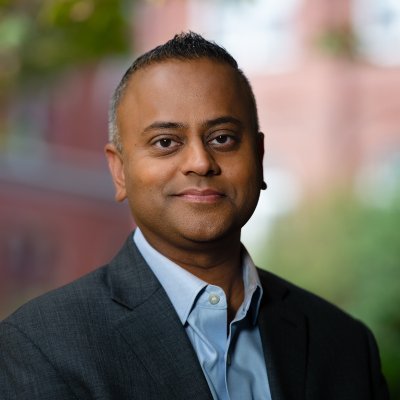 When I decided to run for Senate late last year, it was out of a deep, abiding appreciation for the United States of America and all the opportunities our great country has provided to me and my family since my parents legally immigrated here to seek a better life.

While I expected a hard-fought race against socialist Cory Booker in the fall, I didn’t expect to encounter a fellow Republican willing to lie so brazenly, including about my wife and family.  A person who makes serial liars James Comey and Adam Schiff look like boy scouts.  I am talking, of course, about Hirsh Singh.

After months of abiding by Ronald Reagan’s 11th Commandment and ignoring Hirsh’s defamatory attacks, I have decided to set the record straight.  The outrageous personal smears peddled by Hirsh are bogus.

It all started in 2017, when Hirsh – who had accomplished literally nothing in his life – believed he should be Governor of New Jersey. That fell apart when Hirsh was caught exploiting a loophole in campaign finance law that allowed him to accept a $950,000 loan from his father due to the fact that he lived in his father’s basement. The embarrassing episode sank Singh’s campaign.

As for his father, it’s important to note that he is a major contributor to Democrat Socialists Phil Murphy and Hillary Clinton; contributions coming from the millions earned from Obama-era federal contracts (see $10mil award to Hi-Tec under Obama). Pretty ironic considering his false attacks on me.

Today, Hirsh pretends to be the anti-establishment candidate, but the reality is that he’s a wannabe Washington, D.C. swamp creature.  He even entered and won a “beauty” pageant several years ago where he was crowned “Mr. Washington, D.C.”  I am not kidding.  What self-respecting MAGA conservative would seek to be King of the Swamp?  Well, Hirsh did!

The only reason he’s claiming to be anti-establishment, is because after sucking up to the establishment for years, they got sick of his self-serving attitude, lies and his losing, decided to move on, dubbing him a disaster candidate.

As a matter of fact, in 2018, the NJGOP literally served the 2nd Congressional District nomination to Hirsh on a silver platter and he blew it with an incompetent campaign.  He ended up losing that race after lying to party leaders about his ability to fund the race and the emergence of offensive social media rants.

That’s right.  Hirsh’s social media account – before he deleted it – was a treasure trove of juvenile rants and embarrassing gaffes. You remember Hirsh’s take on women, right? He said all his problems in life were because of “bitches” and claimed to have “raped” his law school entrance exam – and meant that as a good thing! He never went to law school. For good measure, Hirsh also posted his praise for Barack Obama, calling his Cairo speech about Islam and his embrace of terrorists like the Muslim Brotherhood, “beautiful” while disparaging our New Jersey farmers.

In closing, let me address one more thing. As you may have heard, just like Ronald Reagan, Donald Trump, I didn’t find a home in the Republican Party right away.  I walked away. While I had always considered myself conservative based on the values that my parents instilled in me from a young age: strong work ethic, individual accountability and freedom, and a respect for the rule of law, partisan politics wasn’t a focus of mine at a young age. Instead, my priorities were attaining my education, launching my career, getting married and raising a family.

After achieving those goals – thanks to my beautiful and accomplished wife and our three little gentlemen – I decided it was time to give back. Ultimately, my wife and I made a decision that I would run for the United States Senate to help support President Trump and his America First agenda.  After crushing Hirsh in 17 of 21 Republican county conventions, we are ready to win this nomination and move on to the general election.

Now, I am building a campaign that is reaching beyond our traditional Republican base and appealing to others who may not be lifelong Republicans, but who love America and love God, and are ready to create economic opportunity and growth in New Jersey. A campaign that will make NJ generationally proud.

So, enough of the Hirsh*t.

If you honor me with your vote in this primary, I will give Cory Booker the fight of his life and always make you proud.  Thank you for your time and consideration.

The author, Dr. Rik Mehta, is a biotech entrepreneur, innovator, healthcare policy expert and a licensed pharmacist and attorney. Trained at world–renowned Rutgers University as a pharmacist and lawyer, Dr. Mehta is the Republican frontrunner for U.S. Senate, running on a ticket with President Trump in 17 of New Jersey’s 21 counties.

RIK MEHTA is an attorney, pharmacist, and 2020 New Jersey Republican candidate for the U.S. Senate. Read Full
More posts by the Author »