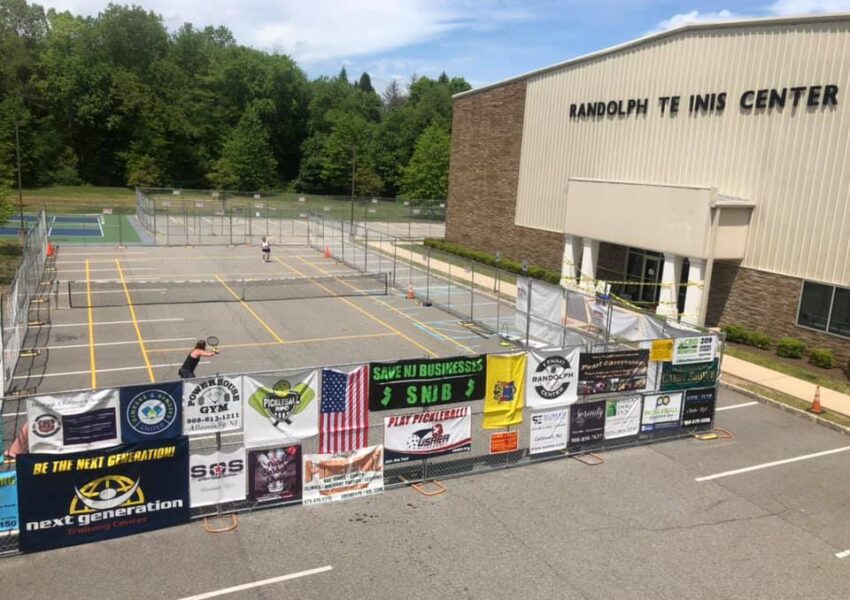 RANDOLPH, N.J. – Jennifer Rogers of the Randolph Tennis Center is like so many small business owners in the midst of the endless Murphy COVID-19 lockdown; forced to get creative, NorthJersey.com covered the steps she had taken to keep her instructors working and help other area businesses.

This Saturday, Rogers was rewarded for her efforts – specifically a peaceful outdoor rally adovcating for reopening New Jersey businesses – with criminal citations.

“As many of you know my name is Jennifer Rogers and I ran the rally to support N.J. businesses who are still shut down by our governor last Saturday at Randolph Tennis Center,” Rogers explained on the Center’s Facebook page. “The event was a wonderful show of support for all businesses involved. I felt supported by the town of Randolph as well as the police as the police were in attendance and even provided their cell phone number in case there were any issues.”

“Today when I arrived home I received these two summons,” Rogers continued, posting copies of the tickets she was issued by local authorities:

Each charge carries up to six months in jail and $1,000 in fines.

The plight of Garden State small business owners was already dire, but a growing number are calling out the Murphy Administration for its “all protests are not equal” policy. Governor Murphy admitted as much this past week when asked by a reporter at his daily COVID-19 briefing about complains that George Floyd protests were not being treated as ‘stay at home’ order violations while almost every other sort of commerical or First Amendment activity was still criminalized.

“I don’t want to make light of this, and I’ll probably get lit up by everyone who owns a nail salon in the state,” said Murphy. “But it’s one thing to protest what day nail salons are opening, and it’s another to come out in peaceful protest, overwhelmingly, about somebody who was murdered right before our eyes.”

There have been no published reports of criminal charges stemming from a recent George Floyd protest also held inside Randolph’s boundaries.