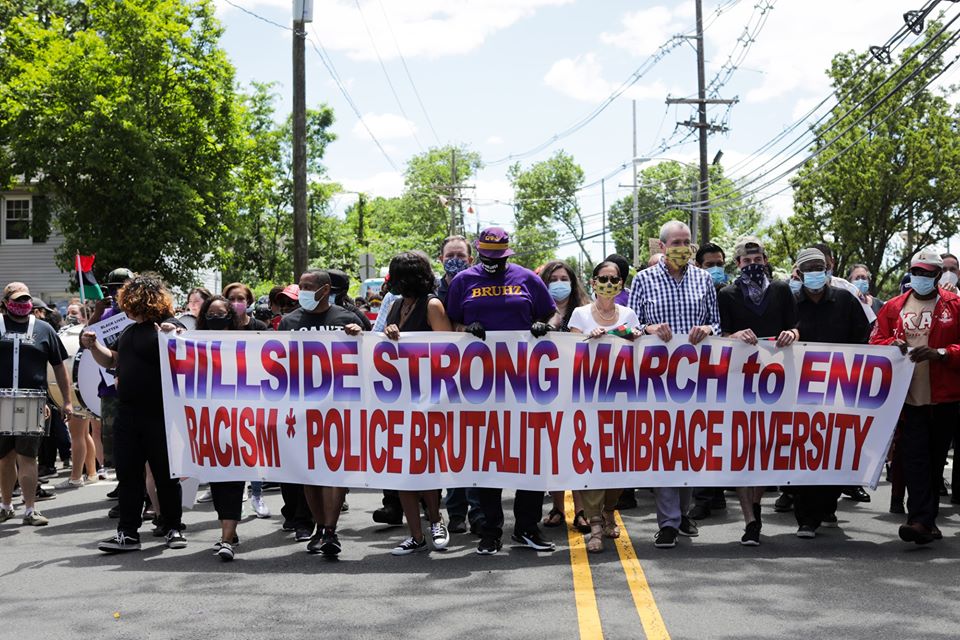 HILLSIDE, N.J. – One day after a small business owner was cited for hosting a small rally protesting Governor Phil Murphy’s closure of small businesses, the Governor himself appeared at not one but two George Floyd protests in the Garden State. Both Sunday appearances appeared to violate his own order limiting public outdoor gatherings to no more than 25 persons.

Murphy showed up at marches/rallies in both Hillside and Westfield and stood much closer to fellow protesters than 6 feet.

Multiple peaceful protesters have been cited by state or local spolice since Governor Murphy’s stay at home order went into effect back in March; most recently, the owner of Randolph tennis and pickleball center received two summonses on Saturday for a relatively small rally advocating for Garden State businesses.

“I don’t want to make light of this, and I’ll probably get lit up by everyone who owns a nail salon in the state,” Murphy responded last Monday when asked about his endorsement of BLM protests while his executive order also remained in effect. “But it’s one thing to protest what day nail salons are opening, and it’s another to come out in peaceful protest, overwhelmingly, about somebody who was murdered right before our eyes.”

Today, in Hillside, we marched for justice.

For George Floyd and for the many before him – who lost their lives for being Black.

We march because we will not accept systemic racism and bias as just part of our national condition. Black Lives Matter. pic.twitter.com/JGe00Xa1qS