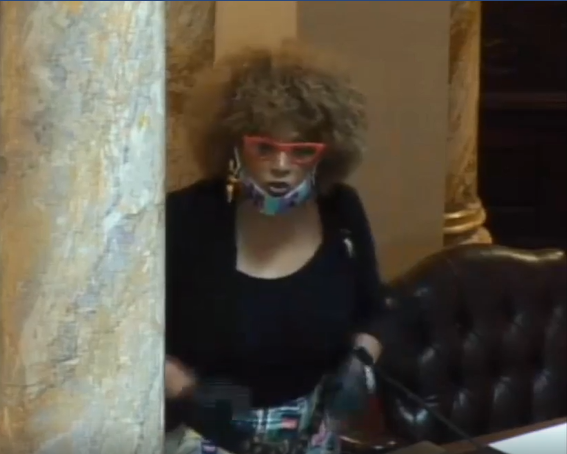 TRENTON, N.J. – The full State Senate approved an unconstitutional $10 billion borrowing scheme on Thursday as did the State Assembly; the bill is backed by Governor Phil Murphy, but Republicans weren’t the only ones voicing their displeasure.

In fact, the most passionate opposition came from Nia Gill (D-34), a veteran black Democrat legislator who argued that minorities, women, and Republicans had been left out of the process and would continue to be left out of future bonding decisions.

“Four white men are gonna go in the back of the room and cut a deal that does not even require in the bill that it is subject to the open public request,” said Gill, referring to emergency borrowing commission established by the legislation that’s membership will controlled by Senate President Steve Sweeney and Budget Chairman Senator Paul Sarlo.

Gill also expressed regret that Republicans had been shut out of the process. GOP lawmakers have already pledged to sue over the borrowing bill which unconstitutionally seeks to plug a budget hole and circumvent voter approval, two things which are impermissible under the state constitution.