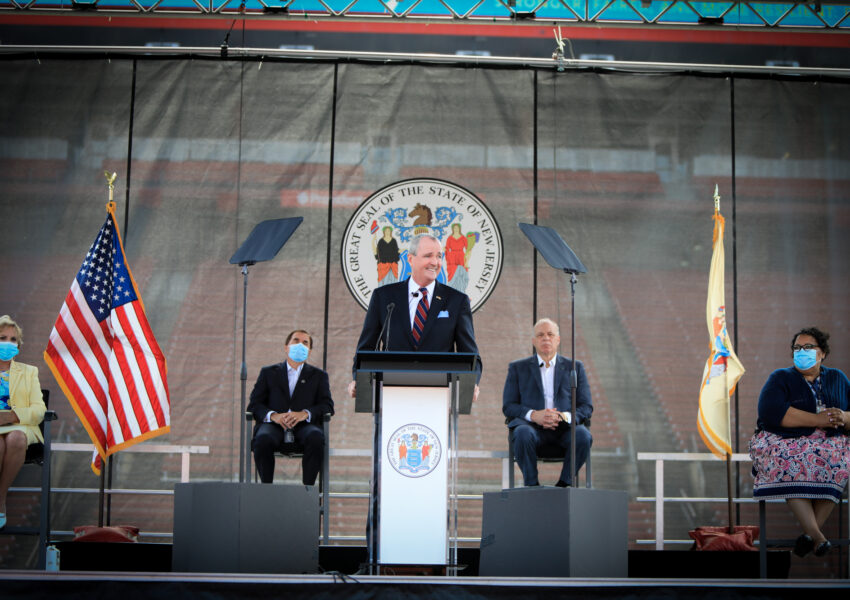 But sadly, Save Jerseyans, as objectionable as those things are, that’s not the big story because it’s not a surprise. The big story is the extent to which Phil Murphy’s budget narrative continues to change. Even if you’re a borderline communist supportive of taxing the crap out of everyone and using the money to buy free abortions for illegal aliens? You now have to admit (if you’re honest) that the factual mathematical basis for this budget reboot is nonexistent.

State Senator Joe Pennacchio (R-26) – who skipped the Tuesday address at the Rutgers football stadium – was all over this point immediately after the event wrapped up.

“Less than three weeks ago, the Murphy Administration told the New Jersey Supreme Court that the State would go broke if the governor couldn’t borrow nearly $10 billion,” said Pennacchio, citing the recent high court victory for Murphy in a statement to the media. “Today we heard from Governor Murphy say that $4 billion in borrowing and $1 billion in taxes is what’s needed. Now that he has approval to borrow, the real picture is starting to come into focus. Just as we warned, it’s increasingly clear that the administration intentionally oversold the fiscal impact of COVID-19 on the State’s finances to scare the court into allowing borrowing that isn’t needed.”

Remember what we found out last week:

He’s hoarding… your money. And played the N.J. Supreme Court to get his way, all to spend it on stuff that his far-left backers want like state worker goodies and perks for illegal alliens.

“In what world do you borrow $4 billion to build a $2 billion surplus?” Pennacchio added. “This is about politics, plain and simple, and the governor setting himself up with the State credit card to play Santa Claus as he heads into his re-election campaign next year. Democrats have spent the past 20 years blasting away at the $2.7 billion of pension bonds issued by the Whitman administration. This is the same thing, except even more.”

I wrote back in April about Murphy’s plan to use Covid-19 to transform our state.

I’m not happy to have been right about that!