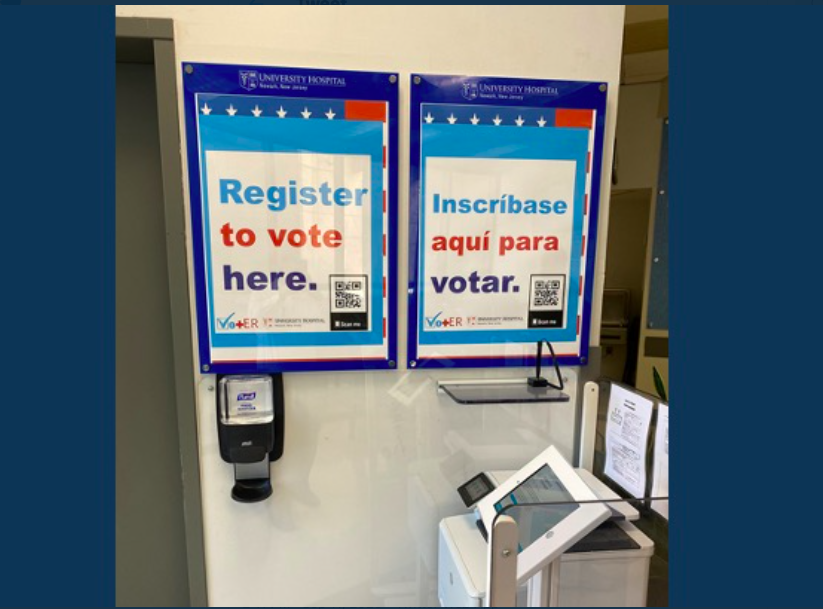 Unless you’ve been living under a rock, then you know Governor Murphy insists it’s so dangerous to vote in person that he’s willing to defend against a federal lawsuit filed by the Trump Administration.

Want me to clue you into the joke? It’s all an act.

I know it’s an act for a host of reasons regularly expounded upon here at Save Jersey. There’s also this objectively incredible Murphy tweet which you may’ve missed on 9/11…

.@UnivHospNewark has teamed up with @Vot_ER_org to install a voter registration kiosk in the ER – the first hospital in New Jersey to do this!

There’s a direct connection between civic engagement and public health, and this kiosk is another step to ensuring a healthy democracy. pic.twitter.com/Q5cGLh5xYI

Let me lay this out for you in stupid-proof fashion…

(1) It’s too dangerous to vote in a booth on Electon Day;

(2) It’s not too dangerous to register to vote at a kiosk in a F—ING HOSPITAL EMERGENCY ROOM during a pandemic!

Newark is New Jersey’s most populous city and a deep-blue Democrat vote gold mine every November. In other words, Murphy & Co. think the risk of spreading COVID-19 is outweighed by the benefits of helping urban Democrats register to vote. And when it’s time to vote, don’t worry, because Phil is planning to open up the Prudential Center (!) as a polling place (announced Monday).

Politics > public safety with this asshole, folks. You’re kidding yourself if you can’t see it!