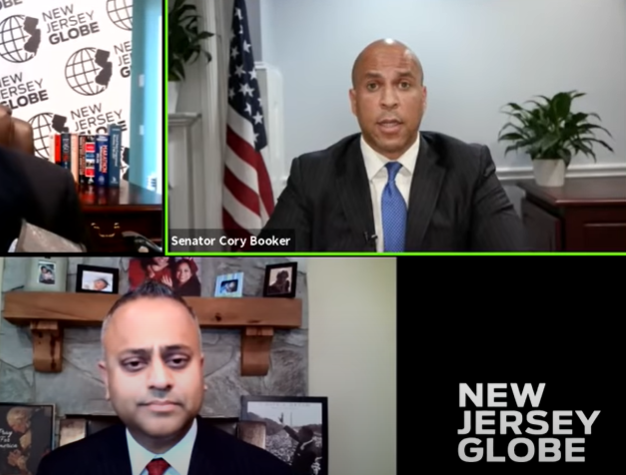 NEWARK, N.J. – Cory Booker finally met his Republican challenger Rik Mehta in a debate on Tuesday evening, and the incumbent made no apologies – when confronted by moderator David Wildstein – about his desire for Washington to take local zoning authority away from the suburbs.

“Do you believe the federal government should decide local zoning issues? And not governing bodies in New Jersey 565 municipalities?” asked Wildstein, referring to Booker’s ‘Home Act’ which would penalize communities for single-family housing zones.

Booker responded by saying he’s “proud” of his proposal, blaming President Trump for distorting the “substance of the legislation.”

“This has been something that’s been exploited by the president, to try to make me the demon, and use what I think are overtly racist rhetoric – fearmongering – to try to make people in the suburbs scared of me as he continued to talk about my legislation,” Booker complained.