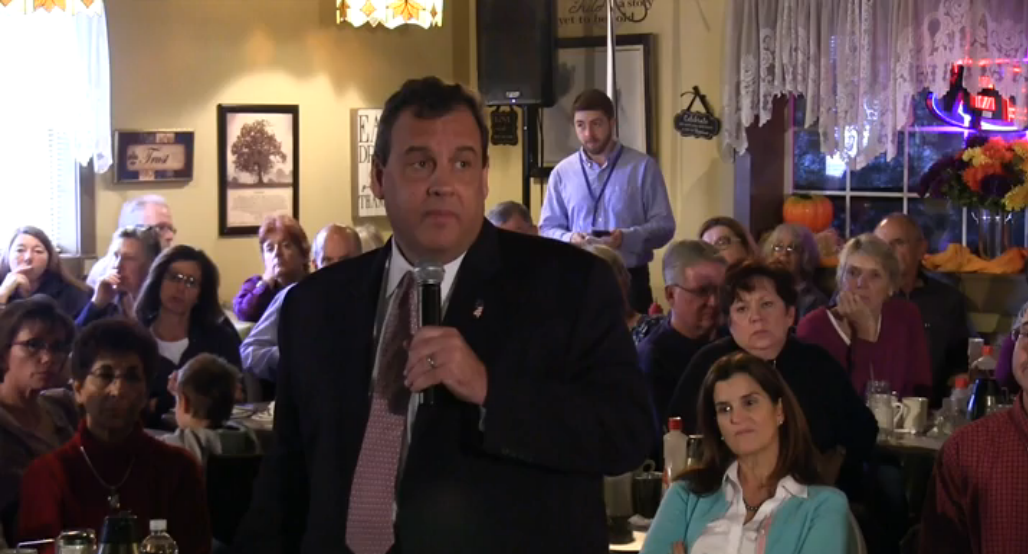 To the surprise of no one, Save Jerseyans, Chris Christie told conservative radio host Hugh Hewitt on Monday that he might run for president in 2024.

“I would not rule it out,” Christie told Hewitt.

In any event, you can read the full transcript here.

It feels like ancient history now, but Christie was 2016’s (very) early frontrunner in the aftermath of Mitt Romney’s 2012 defeat; Bridgegate and the emergence of Donald Trump cumulatively – if you’ll pardon the pun – closed Christie’s lane to the GOP nomination. He ended up dropping out early after a humiliating 6th place finish in New Hampshire. Christie landed an ABC gig after leaving Trenton in January 2018 but has continued to keep a toe in partisan politics including helping with fundraising efforts for the ongoing dual Georgia Senate run-offs.

He’s also positioning himself for any Republicans who might be experiencing Trump fatigue or even regret.

After contracting COVID-19 assisting President Trump with his 2020 debate prep, Christie has increasingly sought to distance himself from his former friend. He’s been hyper-critical of allegations of election fraud, and he’s presently starring in a new commercial (funded by a WHO ambassador) apologizing for not wearing a mask at the White House.

Running as a contrast to Trump is a risky strategy for any Republican hopeful though, certainly, the first votes in the 2024 primary are still a few political lifetimes away. Trump’s approval rating inside the party remains sky-high, and some recent polls have found a strong majority of Republicans voters continuing to question the legitimacy of President-elect Joe Biden’s narrow victory.