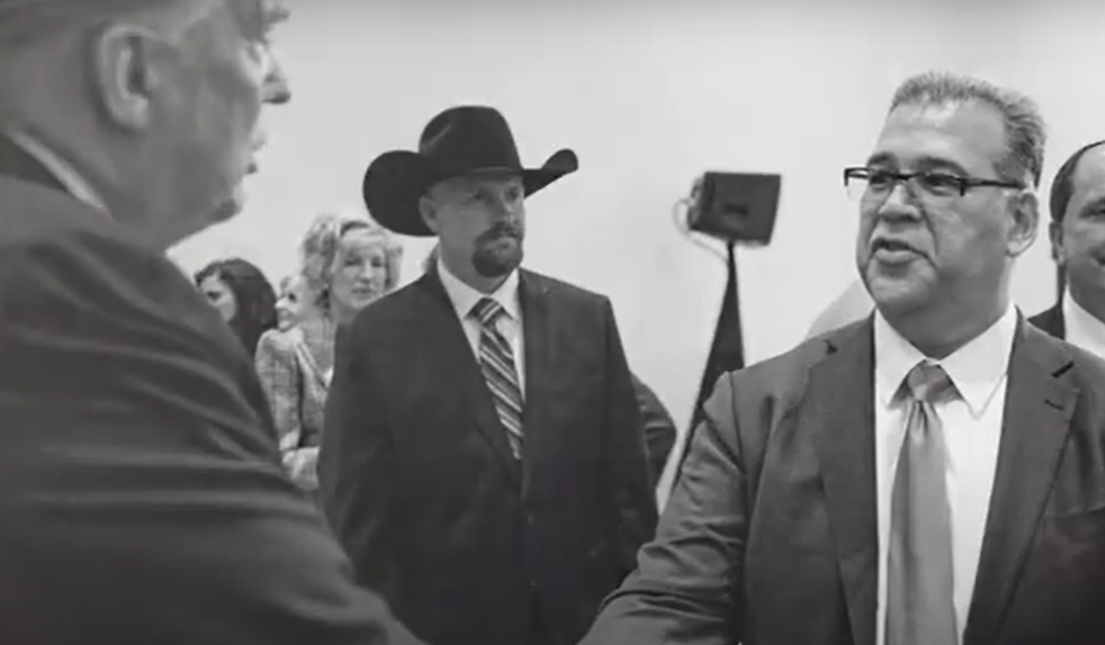 TRENTON, N.J. – Outgoing NJGOP Chairman Doug Steinhardt formally rolled out his campaign on Friday with a website, an announcement video, and a not-so-ambiguous attempt to contrast his candidacy from that of his main primary opponent, former Assemblyman Jack Ciattarelli.

“I’m running for Governor of the State of New Jersey because family is worth fighting for,” said Steinhardt in a statement released Friday morning. “Phil Murphy promised us stronger and fairer, but instead gave us weaker and poorer. His billions in new debt, buckets of new taxes and far-left agenda are tearing our families apart and costing New Jerseyans their lives and livelihoods.”

“Unlike others in this race, I am a true conservative,” added Steinhardt. “I support President Trump. I’m pro-life, pro-Second Amendment, and a fiscal conservative who is proud of his Republican roots.”

Each candidate’s record of support or lack thereof for President Trump may play a prominent role in over the next few months. Ciattarelli, then a GOP Assemblyman, issued a strong statement opposing Trump’s candidacy in late 2015 in which he called the future Republican nominee and president “a charlatan who is out of step with American values.” Ciattarelli moderated his position on Trump like many other Republicans in the ensuing months and years, even appearing alongside Trump supporters at last winter’s Trump rally in Wildwood.

Ciattarelli supporters say they intend to counter Steinhardt’s anticipated attacks by showcasing their candidate – a small businessman – to Steinhardt who they characterize as a long-time Trenton insider.

A name partner at the politically-powerful Florio Perrucci Steinhardt Cappelli Tipton & Taylor law firm (“Florio” as in former Governor Jim Florio), Steinhardt has served as chairman of the New Jersey Republican State Committee (more commonly referred to as the NJGOP) for the past three years during which time the organization has taken on a more aggressive tone than during the Christie years. He’s also the chairman of the Warren County Republican organization.

Both candidates insist they’re the one who can make the decisions to right New Jersey’s ship. Ciattarelli has said he’ll “fix” New Jersey. Steinhardt’s campaign branding: “take back New Jersey,” and his announcement cited what Steinhardt sees as the NJGOP’s many grassroots advancements under his leadership.

“New Jersey is in a bad spot because politicians from both parties avoided making tough decisions,” Steinhardt continued. “These politicians did the easy thing for them and passed the burden on to us. We can’t keep electing Wall Street millionaires or insider politicians and expect a different result. I’m an outsider ready to change the way business is done in Trenton. It’s time to Take Back New Jersey.”

Ciattarelli does have a head start by at least one measure. His camp announced this week that they’ve brought in over $1 million in donations this year which qualifies him for over $1.7 million in state matching funds. Steinhardt allies did form a super pac earlier this year in anticipation of his entry into the race, the timing of which was complicated by his need to develop an NJGOP succession plan.

The third candidate in this year’s primary race (so far) is perennial candidate Hirsh Singh who went to court over his 2020 U.S. Senate primary loss to Rik Mehta. A millennial from Atlantic County, Singh also ran unsuccessfully in the 2017 GOP gubernatorial primary and the 2018 NJ-02 House primary. Assembly Minority Leader Jon Bramnick bowed out of the shadow primary earlier this week.