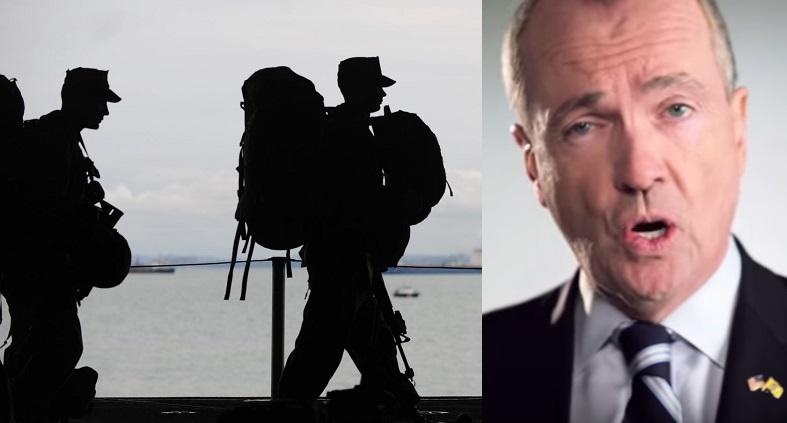 As has been the case throughout the pandemic, the Democrat-controlled legislature has been less-than-interested in exercising an active hand in protecting the victims of their Democrat governor.

On Thursday, Assemblyman Brian Bergen (R-25), himself an army combat veteran, wrote to Assembywoman Cleopatra Tucker complaining that there are “hundreds of bills sit idle while she rarely engages the Military and Veterans’ Affairs committee” of which she currently serves as chair.

“In 4 years that committee has only met for a total of 16 hours. When they do meet she fills the agenda with legislation that does nice things for our veterans, but nothing truly significant is ever considered,” said Bergen in a statement shared with state media. “The Veteran’s organizations are tired of it. As a veteran, I am tired of it.  Hopefully this is a wakeup call for her. If not, I plan on partnering with all of the Commanders of the state veterans groups to make a difference moving forward. I hope that you will join me in demanding more attention to our veteran community.”

Bergen is the sponsor of multiple languishing bills including one which would raise allowances for disabled veterans and another which would help defray the cost of necessities like food and shelter. Ironically, the Democrat-controlled committee recently passed resolutions calling on Congress to help New Jersey veterans while failing to act on its own pending legislation.

How little do Democrats give a shit about veterans’ affairs??

I visited the Assembly Democrats’ committee page on Friday morning. The membership page is outdated; it includes Matt Milam who lost reelection in 2019 and has been gone from the caucus for 1 1/2 years, and it doesn’t list Joe Danielsen who took his place: 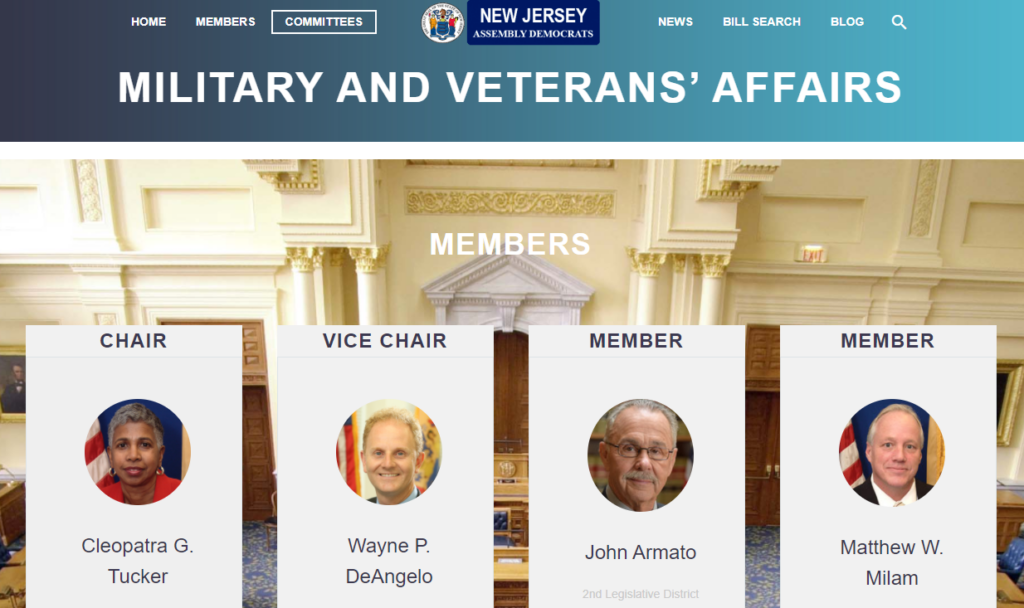 A pledge by Senate President Steve Sweeney (the legislature’s most powerful Democrat) to investigate the state’s COVID-19 response was made last year but, unsurprisingly, has resulted in no action from the majority party.

Legislative Democrats did find time to vote last week to give Phil Murphy dictatorial powers through the end of 2021 in the name of combating the clearly-over COVID-19 health emergency.

New Jersey’s death rate for COVID-19 remains the highest in the nation, dramatically exceeding that of Texas, Florida, and other populous states with crowded, urban centers.