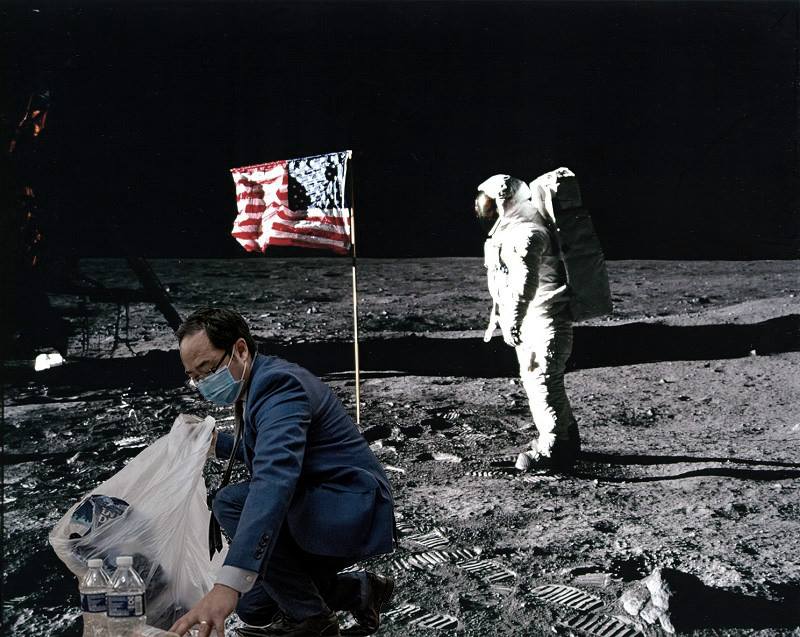 Andy Kim is now halfway through his third year in Congress, Save Jerseyans, and no one can point to a single accomplishment for the Burlington County Democrat other than donating his suit Smithsonian.

No major legislation. No significant victories. He’s a backbencher, failing to land a jobs-rich army base for his district which could’ve boosted employment at a critical time for South Jersey. Another generic far-left Democrat who lazily votes with Nancy Pelosi to keep the campaign cash rolling in. With Trump gone? And another midterm cycle looming? Kim needs something to run on.

He’s leaned fully into his Korean heritage, branding himself as an anti-Asian hate “activist” and working to help elect Asian candidates (all Democrats, by the way) for public office. He’s alleged that his young son was harrassed for being Asian (while providing no specifics) and accused U.S. critics of China of promoting xenophobia. Google Andy Kim and you’ll find fawning media articles almost exclusively contained to a single topic besides, of course, the infamous picking-up-trash-in-a-blue suit incident (click here).

He’s a one issue man, folks! So when one of his possible 2022 Republican challengers – Twitter activist and repeat candidate for high office Tricia Flanagan – cut an ad in which she says Kim “is not one of us,” the Congressman pounced with a multi-tweet rant on Flanagan’s “hurtful words”:

Tricia @newdayfornj, I am writing to press you to stop saying “He is not one of us” in campaign attack ads against me. I’ve heard these hurtful words many times as an Asian American and your use in a campaign for Congress disrespects me and many AAPIs. You and I haven’t…THREAD pic.twitter.com/Xi7EQyukcc

Kim and his allies complained about the same exact thing in 2018, by the way, but back then, Kim was a fresh face in the district and hadn’t spent 2 1/2 years with a House pin accomplishing nothing of note. Kim’s tactics haven’t evolved.

Flanagan later responded by accusing Kim of doing what he was obviously doing (because it’s Kim’s business model): playing the race card…

Andy Kim is playing the race card in a desperate attempt to raise money off my new campaign video that calls out every one of his failures.

Andy Kim is an outsider because he’s a socialist. He’s bad for America because he’ll do whatever his Biden & Pelosi overlords tell him to.

“He’s not one of us” is hardly a racially-tinged accusation. It’s a very, very normal and common line of attack. In fact, we hear some variation of the same line in MOST political campaigns. The accusing candidate is simply saying that the other guy or gal is out of touch. That’s all! Nothing sinister about it.

In fact, in 2012, Barack Obama used the SAME “not one of us” line against the whitest man on the planet: Mitt Romney…

I don’t know Tricia Flanagan personally despite seeing her run two prior federal campaigns from afar, but if you want to accuse her of something here it might be a lack of originality. The ad company that produced this thing (Arsenal Media Group) is developing a reputation for not only their own business model but also producing the same damn walking-while-talking-aggressively spot for candidates all over the country.

But there’s nothing racist about the video.

The real issue here is Andy Kim’s cynical, divisive reelection strategy: accuse anyone questioning his terrible congressional record of being a bigot. That’s it… identity politics on steroids. That’s his entire campaign! At a time when our state and our country are facing profound challenges and his party – fully in control of the White House and Capitol Hill – is falling woefully short of the mark.

Kim’s accusations are reckless. It’s more of the cancel culture bullshit that makes it impossible to have a substantive conversation in 2021 without everything descending into name-calling.

But will Kim’s strategy work? TBD. We’ll see what sort of challenge he gets from the GOP after the redistricting map is finalized. Win, lose or draw, it’s hard to imagine anyone short of a full-fledged narcissist could look themselves in the mirror when their entire contribution to the national dialogue is empty, incedinary allegations designed to deepen our divisions rather than transcend them.