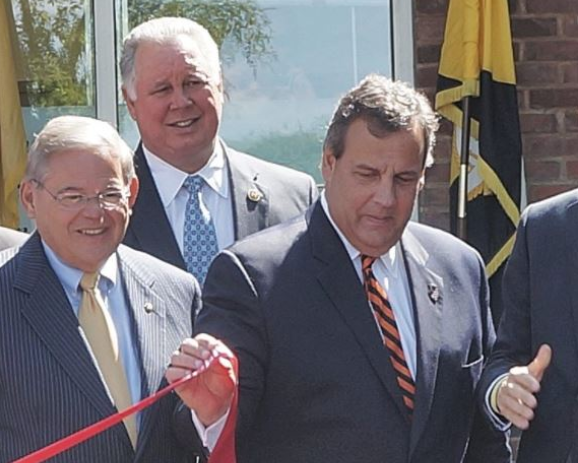 If there are two members of the New Jersey congressional delegation who owe everything to this country, Save Jerseyans? It’s U.S. Senator Bob Menendez and Congressman Albio Sires (D-8).

Sires fled Cuba as a child in 1962. He’s lived the American Dream in the United States; he was a high school basketball star, a college graduate, a mayor, state legislator, and eventually, member of the U.S. House of Representatives. He’s on year 15 (!) in Congress.

The ethically-challenged Menendez is more familiar to even casual N.J. political observers, but he boasts a similar biography to his long-time ally Sires. Menendez was born here after his parents left the Communist island outpost; law school, a stint as mayor, time in the state legislature, and then D.C. where he served in the House – and now the Senate – for a combined 18 years.

God bless America, right? One would think men with these biographies would not only loathe socialism but also vocally advocate for others born in similar circumstances to have the same opportunities.

So why hasn’t either man criticized the Biden Administration for refusing to admit Cuban refugees in the wake of recent protests? Menendez’s most recent statement, for example, “commended” Biden but didn’t mention one of the new White House’s most hypocritical pronouncements to date. Sires also praised Biden… for what, exactly? Good luck. I read his press release twice and still can’t quite grasp it.

We covered the political explanation for this behavior yesterday: Menendez and Sires are outliers as members of the Democrat Party; a growing majority of Cuban Americans vote Republican. Still, you’d hope some things would trump politics. Both Sires and Menendez parted with the Obama Administation over its opening Cuba policy. Why aren’t they willing to vocally challenge Biden?

The most reasonable explanation is that – as our Leftist friends never miss a chance to tell us – “privilege” is a real thing. I’d argue only that the real relevant issue isn’t the presence of privilege but what one does with their privilege.

Do you recognize how lucky you are to live in a free, capitalist country and work tirelessly to extend access to the American miracle to others?

Both men consistently support socialism-inspired policies that would turn our country into the sort of place their parents fled to give THEM a better life.

In Menendez’s case in particular, he’s leveraged his privilege in ways that nearly got him convicted of a federal crime.

Check your privilege, gentlemen. Remember where you came from, and start acting like it.