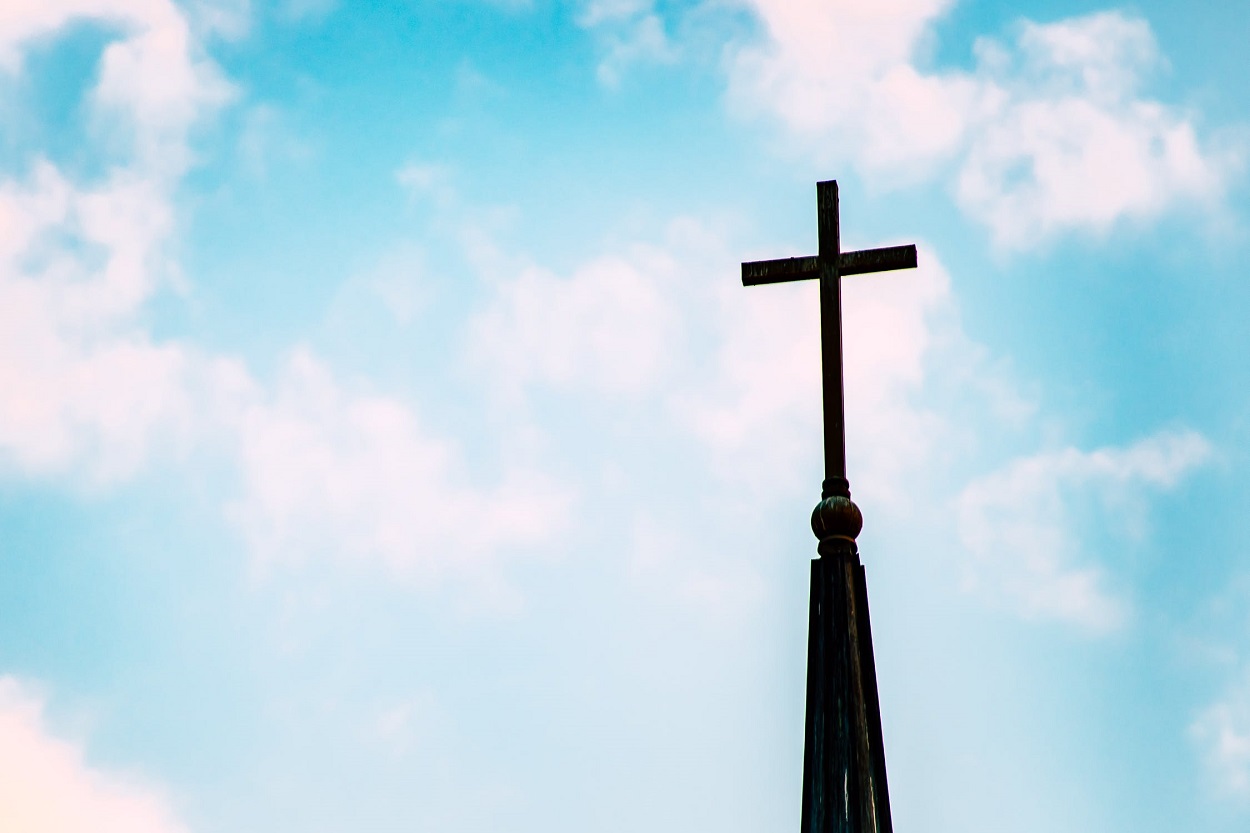 Charles Stile is one of those N.J. media personalities who’s always been Left-of-center but, in the era of Trumpian outrage, has gone further off of the deep end with some of his NorthJersey.com columns. His latest – “The ‘Jack and Diane’ show is headed deep into Trumpland as NJ GOP departs reality” – serves as a prime example.

As she talked about immigrants, guns and gays, the new Diane Allen sounded like one of those conservative candidates you hear while driving in the Midwest late at night on a Bible Belt talk show — a disarming, friendly hard-liner.

Does Stile’s smear remind you of that infamous ‘bitter clingers‘ line from the Obama years?

And while you might expect this opinion to be circulated by an out-of-touch liberal media type, it’s always a bit jarring to see an administration employee publicly endorse these divisive stereotypes of our fellow Americans (more on that in a moment). We know that’s how elite liberals feel, but to say it out loud is… somehow even more awful.

But that’s exactly what Murphy Comms Director Mahen Gunaratna did on Monday via Twitter: 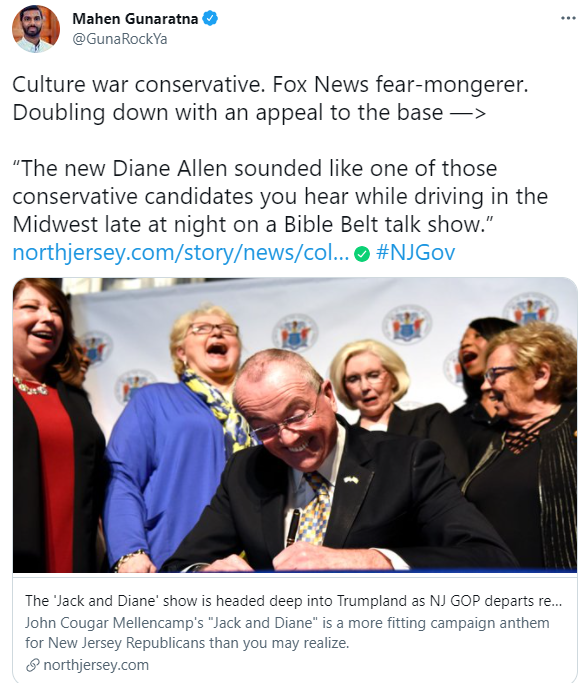 I’m also sure the irony of this situation is lost on the Murphy Administration.

When your head is THAT far up your own ass? It’s impossible to see daylight!

I’ll help them out: in the act of ridiculously accusing the Ciattarelli-Allen ticket of bigotry, NorthJersey.com and the Murphy Administration are relying on incorrect and divisive ‘red v. blue’ state stereotypes which are currently ripping the fabric of our country apart as we speak. Turn on the news for all the proof you need. Creeping disunity is a self-evident problem.

Put another way, Murphy, his subordinates and their allies are engaging in the EXACT sort of hateful behavior that they’re accusing Republicans of practicing!

The psychological term for this behavior is “projection,” folks.

And to the surprise of no one, this isn’t the first time that the Murphy Administration has engaged in casual bigotry. Two years ago, a Murphy aide was suspended after this website reported on her anti-evangelical comments on social media. These are the people who want you to believe Diane Allen is out-of-touch with reality. Draw your own conclusions…