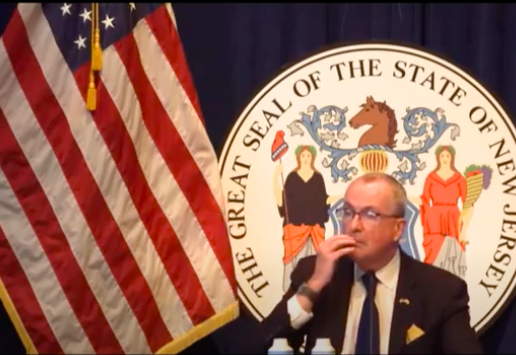 The Media’s COVID-19 Narrative continues to look more than a bit ridiculous to anyone willing to look – even briefly – at national and global mortality statistics, Save Jerseyans.

New Jersey earned another dubious distinction over the weekend, reaching 300 deaths per 100,000 residents. The Garden State is the first U.S. state to reach this grim milestone. It’s the worst per capita pandemic death toll in the country, far ahead of Florida AND Texas at around 185 per 100,000 residents a piece.

And yet how many Media members were willing to challenge President Biden when he admonished the governors of Texas and Florida last week, feebly declaring “if you’re not going to help, at least get out of the way.”

COVID-19’s worst death tolls were exacerbated by lockdowns and insane nursing home policies of the like imposed by Phil Murphy here in New Jersey. Not a dearth of masking. Not the laissez faire pandemic policies of populous red states. Israel – which has one of the world’s highest vaccine rates AND vaccine passports is headed back into lockdown as we speak. You’re being played, folks.

You know it. I know it. Biden’s people know it. Murphy knows it, too, which is why he performed some street theater last week when confronted by anti-vax mandate protesters. They need scapegoats.

They simply can’t allow someone like Ron DeSantis (a likely 2024 opponent) to clue more Americans into it, so they’re going to keep working overtime to smear Governor DeSantis. Admitting that Murphy, Andrew “it was only a kiss” Cuomo and other blue state governors were wrong just isn’t an option for Democrats.