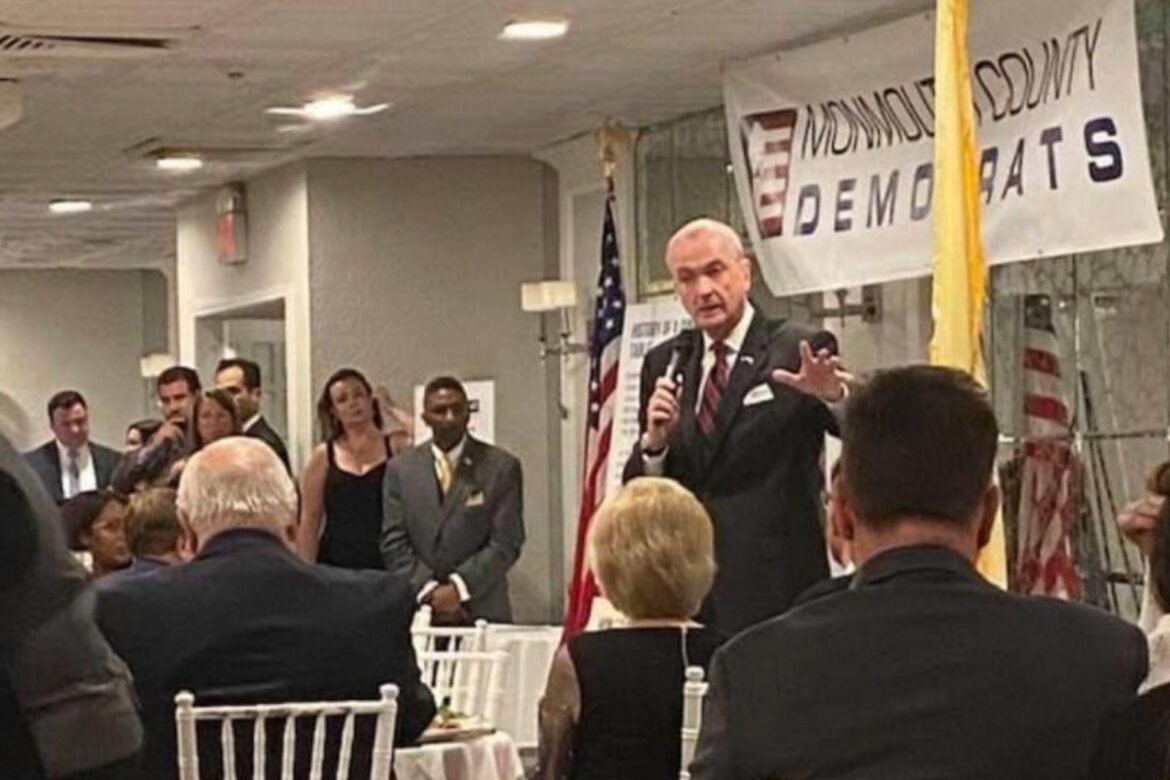 If you caught this week’s final gubernatorial debate, Save Jerseyans, you heard Phil Murphy deliver a curious response to a story (first reported by Save Jersey) about Phil Murphy attending a maskless far-Left activist gala in Asbury Park.And by curious, I mean to say that he lied his ass off.

–“Are you wearing a mask right now? We’re on stage,” Murphy fired back at GOP opponent Jack Ciattarelli during one of the evening’s more heated exchanges. “Take [the mask off] off, speak, and put it on when I leave.”

Which is clearly not true. We’ve seen the backstage/offstage photos.

Then, on Wednesday, Murphy changed his story a bit and said it was actually okay to go maskless because… are you ready for this?… he’s vaccinated!

WATCH: Murphy says that it was okay that he was maskless at a gala because he’s vaccinated.

Under this new Murphy rule, vaccinated teachers and students should be able to go without masks, too.

Or does it only apply to NJ’s elite? pic.twitter.com/FE95zYl3UU

Also on Wednesday, Murphy was spotted attending a Monmouth County indoor event, once again without a mask.

Let’s be clear about something:

The CDC says the vaccinated should mask up indoors. I could personally give less a shit whether Murphy wears no masks or eight masks. I’m a conservative Republican; the science on masking is weak regardless of what the Biden Administration pressures the CDC to do or say, but I firmly believe people are allowed to make their own decisions provided their choice (stupid or not) isn’t infringing upon other people’s constitutionally-protected rights.

Phil Murphy isn’t making masks a matter of personal choice. As we speak, school children and teachers – and daycare kids as young as 2! – are being forced by the Murphy Administration to mask REGARDLESS of vaccination status and without any discernable data to back up the mandates.

Why does he get to pick and choose when he’s following “science” and when it’s okay to pretend it doesn’t exist?

He’s been playing it this way since the beginning of the pandemic. Remember when he marched with BLM activists when regular New Jerseyans were being ticketed for attending other political rallies?

He’s playing you, folks. Off of your fears, your emotions, and admirable desire to “do the right thing.”

It’s time to stand up for our kids, folks. Even if you weren’t willing to speak out before.

This isn’t about “the science.” It never was. The evidence is piling up! Yet some of you are willfully blind at this point. You’re following the herd. Not thinking critically. Afraid of going against the crowd. If you won’t stand up for yourselves, at least have the guts to stand up for those who can’t stand up for themselves.