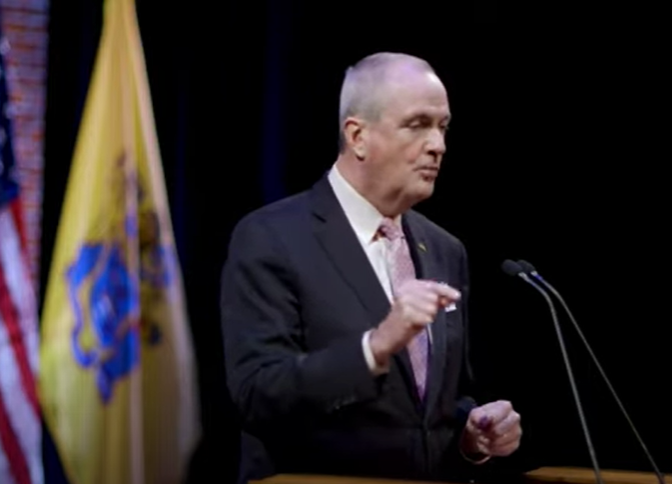 According to NJ.com’s Matt Arco, Phil Murphy will issue a new health emergency on Tuesday in light of what he describes as an “omicron tsunami” presently “washing across the state.”

Murphy’s move comes after the lame duck legislature declined to renew his present emergency powers on Monday before adjourning.

Without action, the recently-reelected Democrat’s powers will expire on Tuesday night.

Murphy is on record pledging to keep the K-12 school mask mandate in place despite growing evidence that only N95 and KN95 masks make much of a difference – when fitted and worn properly – against the current variant.

The major political force behind Murphy’s decision to go-it-alone is the NJEA which blasted the legislature last week for refusing to go along with a continued school mask mandate. The NJEA invested millions of dollars in helping reelect Murphy and have transparently impacted his policy decisions throughout the pandemic; for example, Murphy abandoned plans to force public schools to reopen for in-person instruction in August 2020 mere hours after the NJEA publicly declared their preference for remote learning.

It remains to be seen what the Democrat legislature will do. Another interesting question is whether a lawsuit challenging Murphy’s executive authority would carry more weight in light of the legislature’s decision to affirmatively NOT renew his powers.

The Governor – who survived his reelection battle by only a few points and lost seven legislators and dozens of down ballot contests in the process – is set to ***remotely*** deliver a ‘State of the State’ address this evening at 5 p.m.