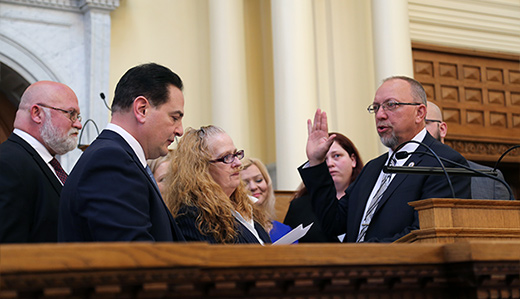 Durr made national news when he defeated Sweeney with approximately $2,000 in campaign expenditures weighed against well over a million spent by the Defendant incumbent and his allies to defend his seat. Overcoming tremendous odds, Durr won 51.6% of the total vote to his vanquished opponent’s 46.3% vote share. The challenger’s GOP running mates also triumphed in the most shocking upset in contemporary New Jersey political history.

The 3rd District encompasses all of Salem County as well as portions of Cumberland and Gloucester counties (including Durr’s home of Logan Township), but that could change in the ongoing post-census redistricting process.

Former Senator Sweeney – a chief lieutenant of the Norcross Machine – has already indicated that he intends to run for governor in 2025 notwithstanding losing his legislative seat.