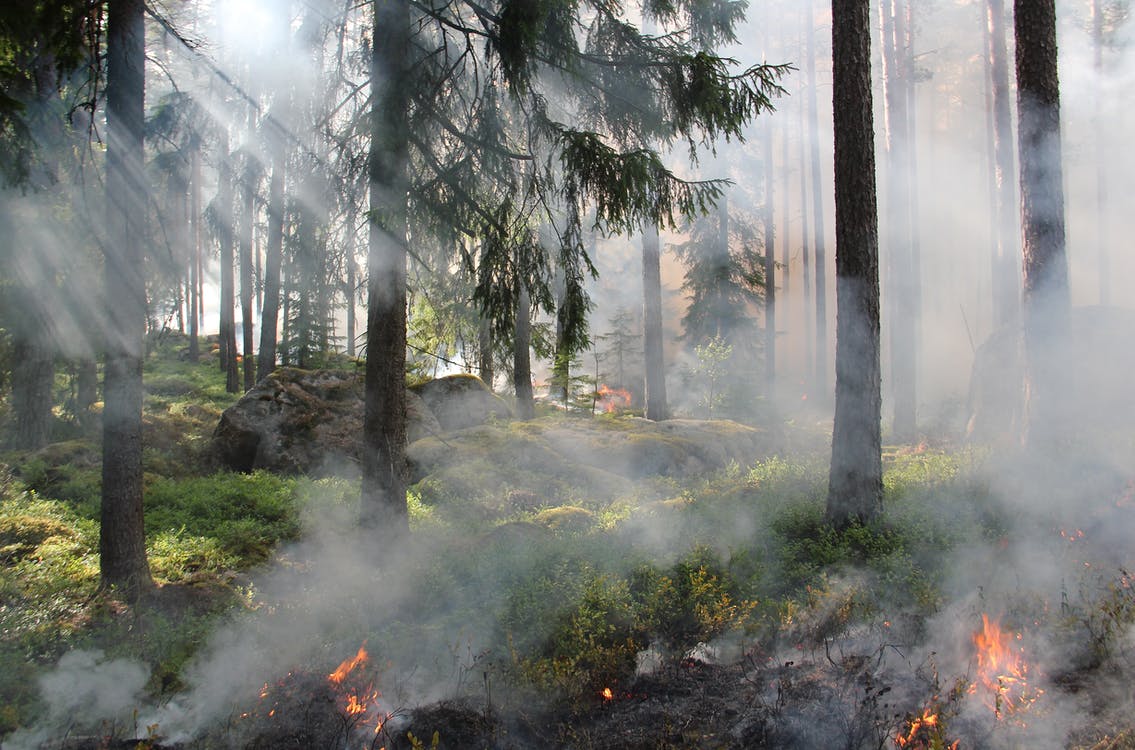 I could smell the smoke this morning, folks, as could thousands of other South Jerseyans waking up many miles away from the massive Wharton State Forest fire. Officials reported that the fire was 95% contained as of Tuesday evening, but 13,500 acres of the Pine Barrens has burned up and been reduced to an ash heap. A campfire is allegedly to blame.

What you’re smelling when a fire burns is soot and creosote, but CO2 and other gases are being released into the air. The Left obviously has something to say about that.

Notwithstanding the difficulties of landing an exact number, let’s consider the following:

The European Union has estimated that, in 2021 alone, global wildfires pumped 1.76 billion tonnes of carbon into the planet’s atmosphere. That’s not an insignificant percentage of the overall pie; total annual CO2 emissions from the preceding calendar year came in at just under 35 billion.

One environmental group recently estimated that 4.81 metric tons of carbon are released for every acre of coniferous forest burned. Another estimate arising from the California experience put the number significantly higher at 26.77. Some quick napkin math suggests somewhere between 64,935 metric tons and 361,395 metric tons may have been released from the Wharton State Forest fire as of this writing assuming, of course, that these estimates are in the ballpark. The upper end estimate would represent almost 4% of New Jersey’s total annual emissions.

With all of that in mind, we need to consider the political implications. Governor Murphy’s “energy master plan” (for which he still hasn’t released a cost estimate over two years later) aims to reduce greenhouse emissions by 80% before 2050. It’s an impossible goal established by politicians and not scientists. Unless aliens arrive and give us as-of-yet undiscovered technology? No dice, but the early numbers from this week’s devastating forest fires illustrate how arbitrary the greenies’ numbers game truly is when you measure their goals against real life circumstances.

In the interim, one bad annual forest fire can hypothetically junk Phil Murphy’s climate goals for an entire year.

What’s required in the larger “green” debate is a healthy dose of humility on the Left side of the divide, folks.

There’s so much we still don’t know regarding the variables contributing to climate change, and there’s a lot (see above) that simply lies outside of the realm of human control. In fact, any scientist/conservationist will tell you that controlled forest fires are a vital tool in maintaining healthy woodland ecosystems. We need to rethink how we measure progress, what “progress” actually means, and most importantly, stop listening to politicians like Governor Murphy who mask political goals as scientific ones.