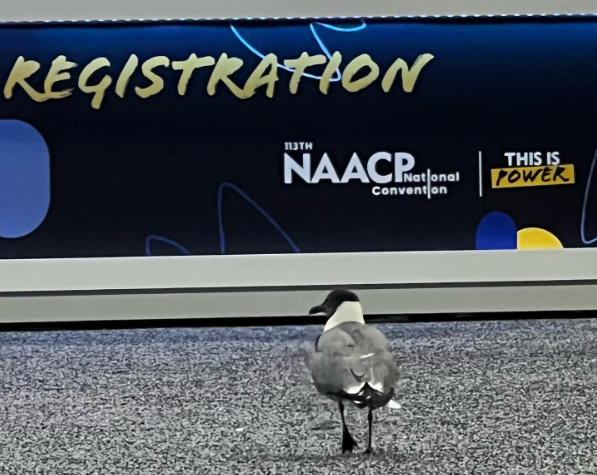 Vice President Kamala Harris doubled down on the Biden Administration’s hyper focus on guns, abortion, and other non-economic issues at Monday’s session of the NAACP Nation Convention in Atlantic City, Save Jerseyans.

It was about what you would’ve expected. We’ve heard it all before.

“Freedom and liberty and democracy are on the ballot, and we have to make sure our voices are heard,” said Harris.

“For the assault weapon, the design is to kill a lot of human beings quickly. There is no reason for weapons of war on the streets of America.”

Particularly glaring for those who were listening carefully:

Other than a brief mention of “disparities” in “economic opportunity,” the Biden Administration’s second in command steered clear of inflation and the other pocket book issues currently pushing American families to the brink.

It’s one helluva omission in light of the times in which we’re living. Just a couple of weeks ago, CNN (of all places) published a story titled “As inflation soars, Black Americans bear the brunt of rising grocery, gas and housing prices.”

A recent New York Fed study further confirmed that black and brown families are bearing the brunt of rampant inflation. “Inflation has risen sharply overall and especially for Black and Hispanic Americans,” New York Fed researchers explained. “These facts are important to consider in pursuing a monetary policy that strives for maximum employment and price stability for all Americans.”

It’s no wonder that Democrats also happen to be slipping with black and brown voters in the polls, and they have been for months.

A Veep appearance at the NAACP convention might’ve been a good time to reframe the debate.