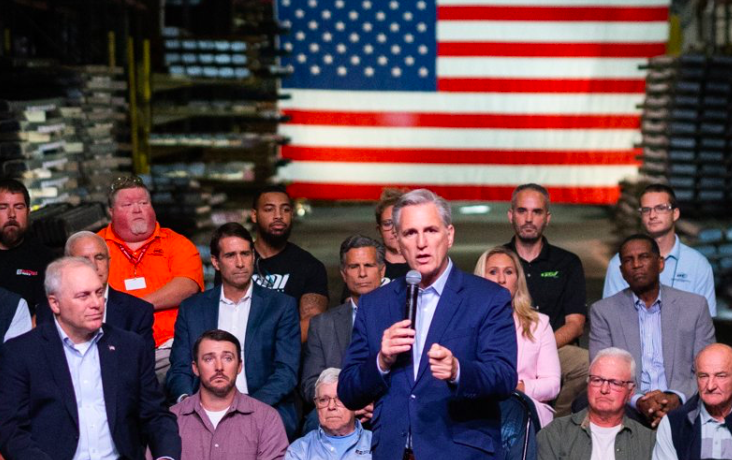 Chris Smith was in Congress when Republicans ran and won on Newt Gingrich’s 1994 ‘Contract with America.”

On Friday, the four-decade GOP incumbent offered a full-throated endorsement of the House Republican “Commitment to America.”

“We are united in this bold commitment to the American people and will continue to work tirelessly to combat the disastrous policies pushed by President Biden that have caused decades-high inflation and have tragically made our streets and our nation less safe,” said Smith (R, NJ-04). “This new vision will help get our country back on track and ensure that the federal government works for the American people.”

The Commitment to America includes a number of items such as tackling crime, energy independence, pushing back against illegal immigration, taking on Big Tech, standing up to China and fighting for free speech.

Meanwhile, Joe Biden criticized the GOP plan for lacking detail on the same day that the Dow Jones dropped below 30,000 for the first time since the spring.

Republicans won 54 seats in 1994, seizing control of the U.S. House of Representatives for the first time since 1952. Polling for 2022 suggests the GOP is on track for more modest gains, but the party only needs a handful of seats to erase Nancy Pelosi’s narrow majority.