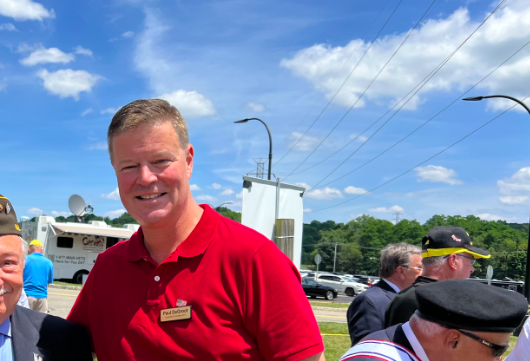 DeGroot, who first issued his challenge back in early July, favors a separate debate in each of the North Jersey district’s counties.

He first publicly challenged Mikie Sherrill to a debate on July 12, 2022.

“Mikie Sherrill, get off your mansion’s tennis court and face the voters. Congresswoman Sherrill is running from her record and using her millions to spread lies. She votes with Biden and Pelosi 99% of the time,” said DeGroot. “With hard-working Americans STILL struggling from the pump to the grocery store, it’s past time for accountability. We still have no SALT relief, but she has continued relief from her stock trades…for which she has been fined. Crime is still high in CD11. That clearly doesn’t affect Money Mikie in her mansion, because she’s shown no interest in discussing it.”

“It’s been over two months since I proposed one debate, at a minimum, in each county throughout the 11th,” added DeGroot. “As I first said 70 days ago, voters deserve to hear where we stand on the issues and on our records. The Congresswoman seems to care more about lying to her constituents than debating me in front of voters.”

Held by the GOP for many years prior to 2018 when Sherrill won an open seat, NJ-11 got “bluer” in redistricting and was thereafter considered a reach for Republicans in 2022. Still, Sherrill has launched attack ads against DeGroot suggesting environmental factors are keeping the race closer-than-comfort for the incumbent.