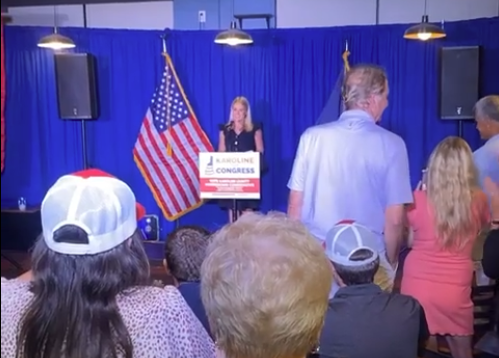 There’s a Jersey angle (when isn’t there). Prior to landing a position with the Trump State Department, Mowers was a rising star New Jersey political operative. Among his former roles was serving as an aide to Chris Christie; Christie fundraised for Mowers in 2020 and again in 2024 in the hopes that the ex-New Hampshire GOP executive director could assist Christie’s presidential ambitions in the first primary state. It didn’t work out that way, of course, with Christie flatlining in the Granite State six years ago and failing to register in most 2024 GOP primary polls of hypothetical candidates.

Mowers was thought to be in a strong position this year after falling short of winning the seat by 5-points in the less-GOP-friendly 2020 cycle but appears to have fallen victim, at least in part, to a loaded field that included ex-Senator Scott Brown’s wife.

Leavitt will now face off with Democrat Congressman Chris Pappas in November in what’s considered a toss-up seat by most race raters.