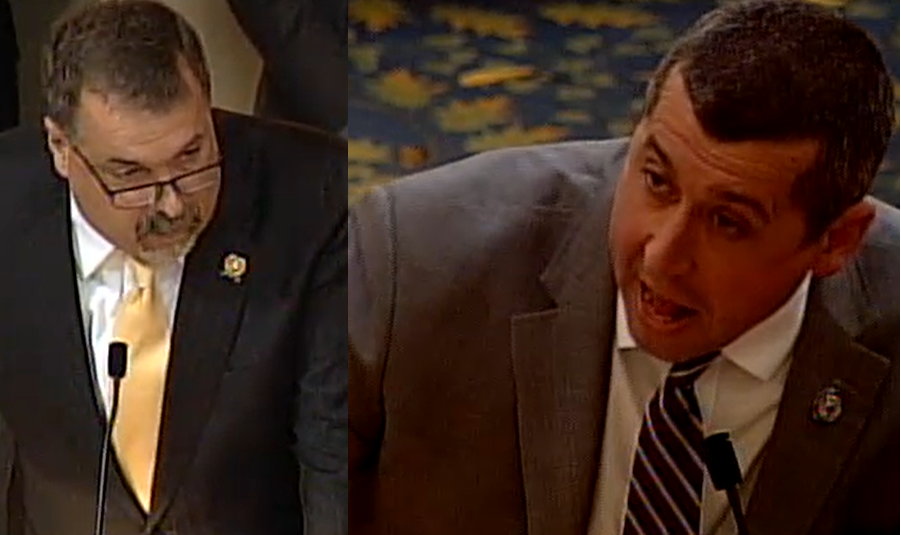 Assemblyman Joe Danielsen (D-17) objectively behaved like an asshole during Monday’s floor debate on the Democrats’ latest gun control package; the only remarkable turn of events was Assemblyman Brian Bergen (R-25) calling him out for it during the testy exchange between sponsor and critic.

“God he’s such an asshole,” Bergen audibly exclaimed after the Democrat whip accused Bergen of helping contribute to the legislation which ultimately passed 43 to 29 in the Democrat-dominated chamber.

Bergen, a former Army helicopter pilot, also called Danielsen a “wise ass” at a different point in the back-and-forth.

The Morris County Republican doubled-down on his colorful critique of his Democrat colleague when Politico’s Matt Friedman reported the “asshole” quip on Twitter:

You can watch the exchange for yourself (click here) beginning around the 1:27:00 mark.