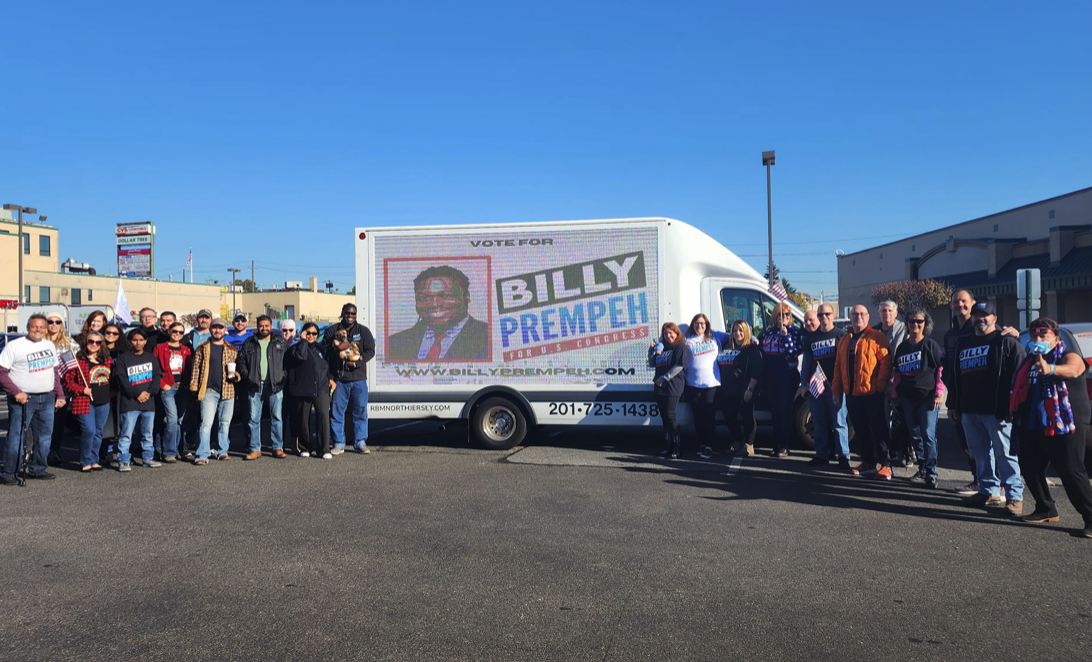 There aren’t many pundits who can claim to have guessed ANYTHING correctly heading into Election 2022, Save Jerseyans, but we did tell you to keep an eye on the margin in NJ-09 where resident fossil Bill Pascrell (the cranky and very far-Left 85-year-old) continues to reign.

While the 2021-2031 gerrymandered map kept it blue, the “new” NJ-09 is nevertheless less blue than before. Jack Ciattarelli lost it by 7-points last fall despite Joe Biden winning it by +19% in 2020 due, in part, to the addition of red territory including a chunk of Wayne. The end result was Pascrell’s tightest win since his first win when he defeated William John “Bill” Martini way back in 1996 in the old 8th District.

Something else worth noting: challenger Billy Prempeh’s current 10.3-point deficit (54.4% to 44.1%) is actually smaller than what we are currently seeing in NJ-03 (55.0% to 44.1%), a district where the Republican challenger’s campaign and a super PAC spend relatively big bucks down the homestretch. 10 points isn’t “close,” sure, but again, NJ-09 was as close as the other places like NJ-05 which Republicans hoped were battlegrounds. It was MORE competitive than NJ-11 where Paul DeGroot got smoked (57.9% to 41.3%) by Mikie Sherrill.

It’s time to question everything, folks.

It also might be worth Republicans taking this district more seriously in future contests.

Also: congrats to Billy on a job well done.