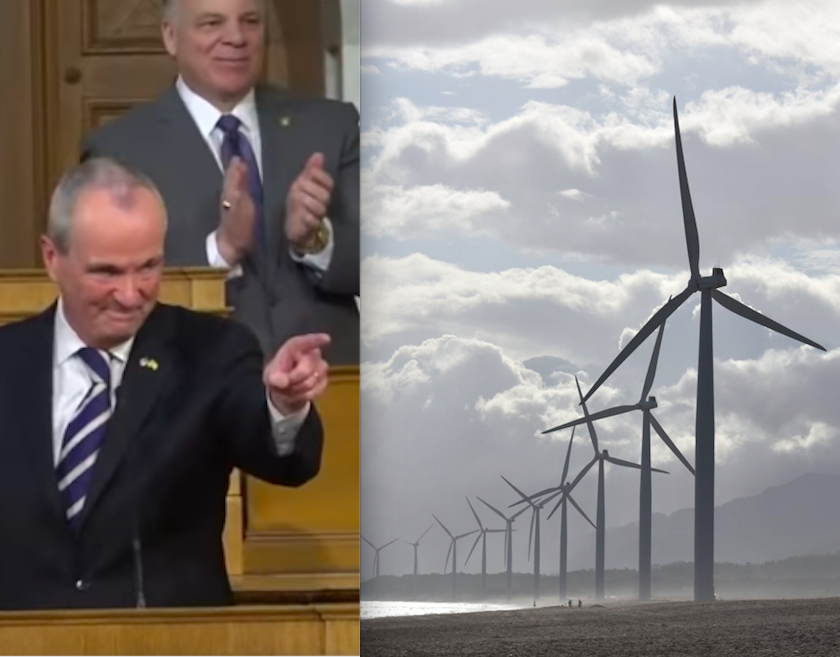 Greenies may be able to compartmentalize criticism of wind power from conservative media and Republican legislators, but how will they address skepticism from the industry’s own leaders? It’d certainly be worth hearing, wouldn’t it?

Last week, the Financial Times dropped a piece confirming internal concerns among wind turbine company executives as to whether the notoriously unreliable and expense source of “green” energy could live up to the lofty goals set by politicians (mostly Democrats) who are relying upon turbines to slash carbon emissions.

By way of example: this September, Phil Murphy unilaterally bumped up the Garden State’s arbitrary goal for wind-produced power from 7,500 megawatts by 2035 to no less than 11,000 megawatts by 2040. He wants the state to be carbon neutral by 2050.

Is it feasible? Again, don’t take my word for it. The wind executives themselves are expressing doubts beyond permitting issues (h/t FT):

Executives also pointed to problems with the process for leasing. An auction for a section of federal waters off New York and New Jersey in February generated high bids totalling $4.4bn, more than any offshore oil and gas sale. But some developers said the high price point sapped capital and made it difficult to turn a profit.

Companies including Equinor and Denmark’s Orsted pulled out of the bidding process as prices escalated. David Hardy, head of Orsted’s North American business, told the FT at the time that the auction was a “missed opportunity”.

“I don’t think it’s healthy to have these super-high lease prices,” said Mark Mitchell, senior vice-president for project construction at Dominion, a US utility building a wind farm off the coast of Virginia. “Right now that money just goes in, and it doesn’t necessarily benefit those customers that ultimately take that power.”

Meanwhile, a project off of the coast of Phil Murphy’s home state (Massachusetts) was declared “no longer viable” in October “amid price increases, supply shortages and interest rate hikes.”

So not only do the science and economics not add up, but the politicians push this crap down our throats can’t even figure out how to help the industry launch in an efficient (and cash positive) manner.

In other words, it’s a disaster that’s already unfolding.

“That is a pretty significant list of challenges to overcome in order to even begin to accomplish the stated goals. And this isn’t the first time that concerns have been raised about whether proposals for wind are reliable or even realistic,” Affordable Energy for New Jersey, a coalition opposing the Murphy Administration’s green energy agenda, reacted in a Monday blast email. “It is the latest reason why moving away from reliable, proven energy sources before new options are ready and producing as proposed becomes more dangerous by the day. New Jersey needs to pay attention because we continue to ignore these warning signs with changing our direction at our own peril.”

Can’t say we didn’t warn them!