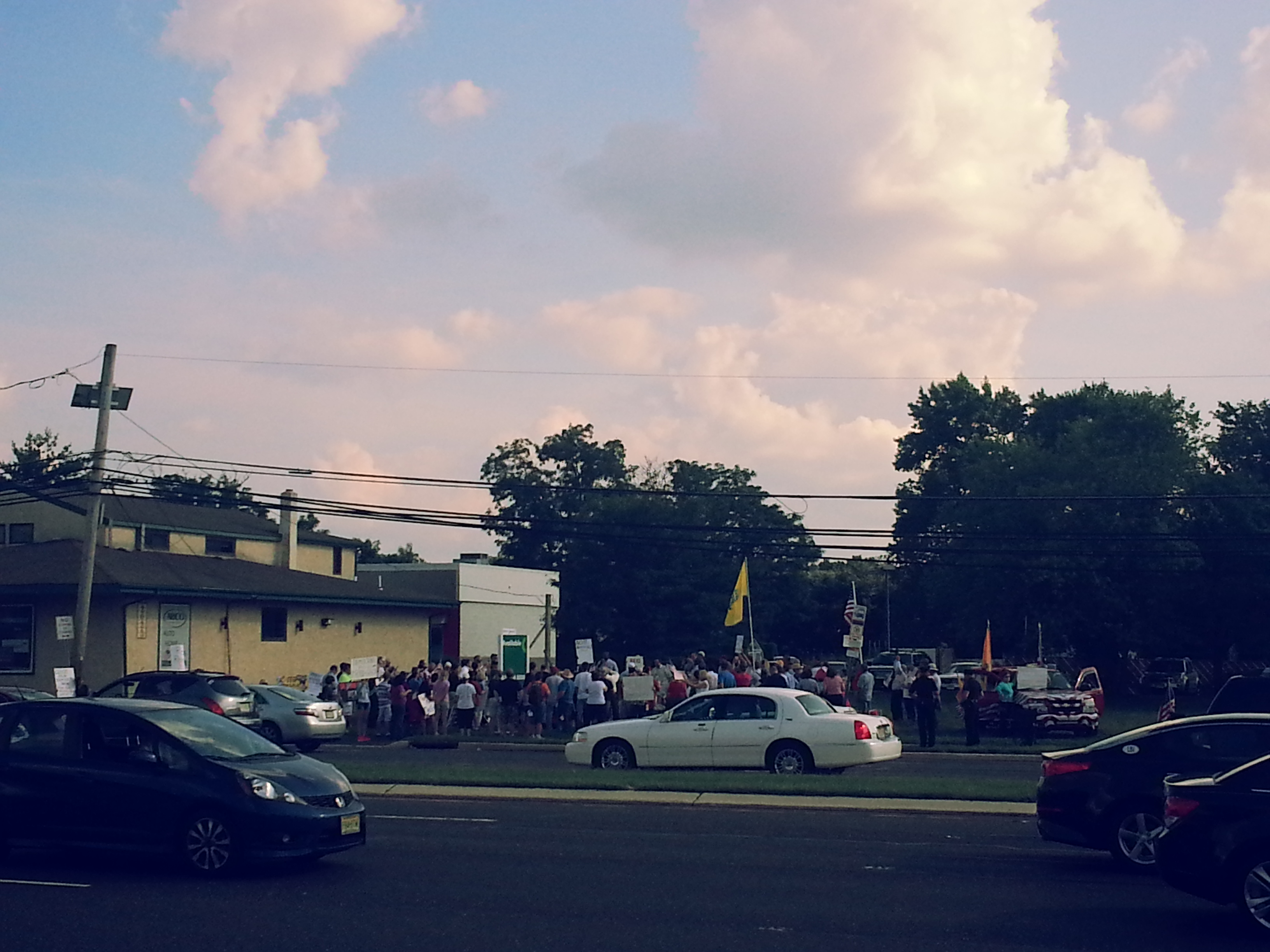 It was a coalition of the willing, Save Jerseyans, over 200 strong as they casually filtered in and out of the abandoned parking lot adjoining upscale Caffe Aldo Lamberti where Harry Reid and top New Jersey Democrat donors – led by George Norcross III – gathered to raise money for Norcross’s brother.

The police presence was strong (including some species of tactical command van) but relatively unaggressive and respectful as the cheerful protesters, deployed in an informal line snaking the distance of approximately 400 yards, paced up and down the sidewalk between the fundraiser site and busy Route 70 a/k/a Marlton Pike, drawing a steady chorus of honks from the rush hour crowd returning home from Philadelphia offices along the busy Southern New Jersey corridor and generating a significant gaper delay.

Everyone came together to stand among the abandon lot’s weeds and uneven soil for a brief time around 5:00 p.m. to hear from Garry Cobb, the former Eagles star who’s taking on Donald Norcross in NJ-01, as well as U.S. Senate nominee Jeff Bell, Philadelphia radio host Dom Giordano and an assortment of other activists led by chief event organizer Tom Crone.

Here’s a little video courtesy of one of the organizer’s sons:

Yes, a couple of fringe characters planted on the east side of the Caffe driveway ranted about the hidden implications of Bible passages or, in the case of one particularly lively protester, dawned Revolutionary-era garb and loudly heckled a visibly amused George Norcross as he left the event. That’s who will earn the other media outlets’ attention.

The other 198-ish participants were ordinary folks who showed up to express their extreme displeasure with a United States Senate that hasn’t done its job for many, many years.

Here’s just a small taste of the what went down…