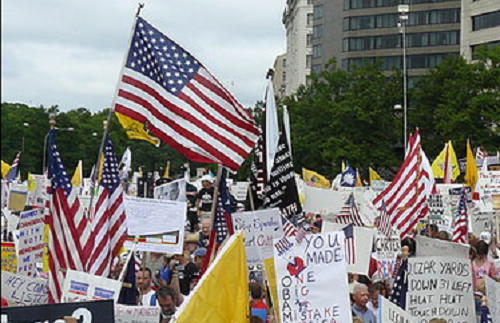 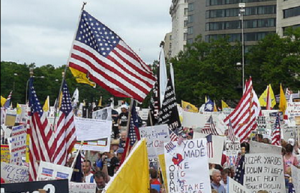 The center of New Jersey’s political universe on Monday won’t be Trenton, Newark, or any of the usual flash-points north of the I-295 corridor, Save Jerseyans.

Sprawling, suburban Cherry Hill, South Jersey’s second most populated municipality, will play host to a fundraiser for Democrat State Senator and U.S. House candidate Donald Norcross at his power broker brother George Norcross III’s favorite restaurant, Caffe Aldo Lamberti, situated at the intersection of Haddonfield Road and Route 70 across from what used to be the legendary Garden State Race Track (now a large upscale outdoor shopping mall). The guest of honor is Senate Majority Leader Harry Reid, a close ally of the Norcross Machine. Big money donors are expected to flock to the popular Italian bistro to pay homage.

Various grassroots groups are also intent on showing up for the high-ticket event but they don’t plan on staying for dinner or even partaking in the calamari appetizer.

We’ll see how many soon enough. A Facebook event page, matter-of-factly titled “Harry Reid is NOT Welcome in South Jersey,” boasted over 80 confirmed attendees as of Sunday evening and serves as a focal point of the planned protest. Participants aren’t interested in disrupting the event or annoying Reid and his hosts so much as reaching anyone at home who is… or isn’t… paying attention to Election 2014 and the major players in regional politics.

“It is paramount to show out of touch political elites like Reid and Norcross that the People are awake and unhappy,” event organizer Tom Crone told Save Jersey. “Single party Norcross machine rule has savaged our economy here in South Jersey and the politics of intimidation and retribution of Reid dominate DC. If we accomplish nothing else, we send the message that WE are not afraid. No more complaining in the shadows, now we take the fight to them directly.”

Here’s my two cents for your trouble, Save Jerseyans: don’t lose sight of the fact that Harry Reid is our #1 problem in Washington, D.C. right now… not John Boehner. I don’t care what Mark Levin says. Reid is Barack Obama’s chief enabler, a nasty partisan, an unapologetic liar, and every bit as corrupt as that fictional U.S. Senator from Nevada in Godfather II. Every piece of awful legislation that’s made its way through Congress during the Obama Years – including the (Un)affordable Care Act that robbed thousands of you of your preferred health care – was shaped by Harry Reid; plenty of quality GOP House-generated bills intended to help the American people are languishing in limbo thanks, again, to Harry Reid.

Elect guys like Jeff Bell this November and you can fire Harry Reid.