Carl Lewis may be a great sprinter, Save Jerseyans, but campaigns are long-distance races.

Our good friend Chris Russell is the spokesman for LD-8 state Senator Dawn Marie Addiego. He fired back this afternoon after Lewis announced his Democrat challenge: 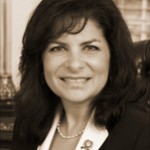 “We all know Carl Lewis was once one of the world’s greatest athletes, but after a 30 minute press conference today in downtown Mount Holly we still don’t know much else other than that he just registered to vote in New Jersey today.
Mr. Lewis refused to answer reporters’ questions about where he stands on the important issues facing New Jersey residents or explain how he would begin to defend the failed record of Trenton Democrats when it comes to our struggling economy, reckless spending, runaway debt or sky-high taxes.
Senator Addiego has a proven record as a strong fiscal conservative in the legislature, and she looks forward to a spirited campaign against Mr. Lewis once he acclimates himself to the issues facing our State and is ready to speak publicly about his plans to solve the problems his party created in Trenton.”

Some of our Democrat readers will complain that we’re not starting off here by engaging Mr. Lewis on the issues. I answer “how can we?” New Jerseyans don’t know much about Carl Lewis the non-athlete, let alone his positions on public issues, other than the fact that yes, he’s fast… particularly when it comes to running for office! He literally just moved to the Garden State and has never once voted in the district that he now seeks to represent in Trenton. We do know he’s flamboyant, takes failing drug tests lightly and couldn’t summon enough serious sentiment to perform the national anthem with a proper level of respect. 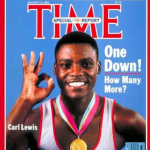 Sure, Steve Sweeney thinks he did something cute by fielding Lewis. This race will attract media attention that it otherwise couldn’t fetch without Lewis. But competitive? Lewis is still a long shot (or jump, if you prefer) to beat Addiego whose name in LD-8 is much like “Kean” in LD-21.

Lewis will force Senate Republicans to spend money that they’d rather use to topple guys like Jeff van Drew and Jim Whelan.I just don’t think Lewis will best the popular long-time Burlco official in traditional LD-8 territory, nor do I think Lewis will be able to best Addiego in new LD-8 towns like Republican-leaning Berlin and solidly Republican (and Italian) Hammonton. Addiego is going to go over really well in that town.

We won’t really know if Lewis can win until he acclimates himself like Chris Russell said, i.e., he learns a little about the state and Steve Ascuye tells him what to believe. The Machine is probably already looking for a house for Peter DeStefano in Medford. They’ve got this down to a science.