Historic events continue to unfold in Trenton, Save Jerseyans. Thousands of union thugs continue to descend on the state capital grounds to protest Governor Christie and the “Norcross Democrat” coalition. They’re screaming, chanting and convulsing in the streets over their feigned loss of “human rights” to be actualized if S-2937 achieves passage. 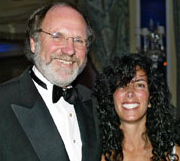 The primary human right that they’re determined to preserve is the “right” to engage in collective bargaining. This process isn’t incorporated anywhere in the state constitution. It is, however, an extremely important process for power-hungry union bosses. That’s because bosses can presently spend their members’ union dues on millions of dollars worth of political advertising targeted at electing the politicians with whom union lawyers (and this is the key part – pay attention!) sit down to directly negotiate their OWN salaries and benefits!!!

Click here for just a few contemporary examples of how this obviously TERRIBLE arrangement has cost state taxpayers BILLIONS of dollars of the the years. Greed, deceit, and even sex… it’s insanity in action!

Hence, you can easily see why the most “controversial” portion of the Christie-backed reform package for public employee union members is its mechanism for enactment. Instead of allowing union bosses and politicians whom they’ve donated select health benefits packages (an obvious conflict of interest, right?), future health benefits contribution plans will be voted on by elected legislators.

That means the people’s representatives – and not the state’s public employee union bosses – will ultimately decide how taxpayer monies are allotted. The logic behind this reform is unassailable…. there’s a reason why we wouldn’t allow a litigant to pick his or her own judge in court, nor would we permit a basketball team to choose the referee before the game. And the projected savings of a fairer system (estimated at roughly $120 billion over 30 years) are worth the effort, too.

Now your district legislators need to know that YOU think so! CLICK HERE to enter your municipality and locate your legislators’ contact information. Call their offices ASAP and demand their support for a process where citizens can vote for their financial future and NOT surrender it to the union bosses!