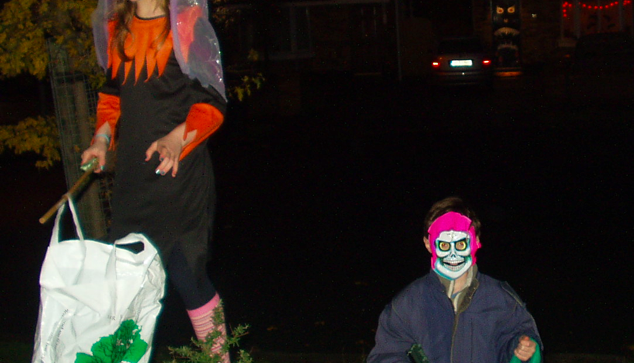 In my humble opinion, Save Jerseyans, the AC Press asked a question with an obvious answer earlier today:

In the same story, a Press reporter notes that approximately $72 is spent per household every year on Halloween. That would be a $5 savings for an average American household without the application of the state’s sky-high 7% sales tax. I’m also willing to bet New Jersey’s per family spending is much higher than the national average given our state’s significantly elevated cost of living. Sure, you might say $5-10 doesn’t sound like much in the scheme of things, but a family that has to purchase a few or several costumes (keep in mind: most middle schoolers wear adult sizes) can save enough dough to grab lunch after their Halloween shopping excursion or maybe purchase a few extra spooky accessories with their savings. It’s not an insignificant Halloween stimulus! No shovels necessary (unless your costume is a “contruction worker”).

Of course! The Bush tax cuts increased federal tax revenues by $785 billion between 2004 and 2007. Regardless of whether we’re dealing with national income taxes or state sales taxes, the same proportional piece of a much bigger pie is always larger. Simple mathematics, i.e., a 9% cut of a mask-seller’s $150,000 income is infinitely better for the state’s coffer than a $75k take. But try convincing a well-meaning yet misguided university-educated beat reporter to unlearn everything that he or she learned from Noam Chomsky between the impressionable ages of 18 and 22. I, like you, am continually frustrated by the media’s stubborn premise that capital is finite. They’ll never accept a fundamental reality, that money always grows more efficiently and prodigiously in the hands of consumers, investors and businesspersons than in the account of a government program immune to market forces and the accountability that said forces produce.

You know where I’m going with this. Save Jersey bloggers have been shouting it from the dune tops since 2008, and our Governor has done the same since he announced his candidacy back in January 2009:

New Jersey has a SPENDING problem, not a revenue problem!

Taxing Halloween costumes isn’t the ticket to prosperity. We tried that theory for many years and it failed miserably. We need to cut government spending, return those monies to the taxpayers and small business owners who can invest it better than Trenton can and, at tax time, watch the money roll in from all of the costumes that were produced and purchased as a direct result.

What I’ve descibed isn’t hocus pocus witchcraft magic, Save Jerseyans. Just good old fashioned free market economics. You won’t find it in a spell book or most college textbooks for that matter. Talk to a local business owner in between tricking and treating this evening and they’ll fill you in.