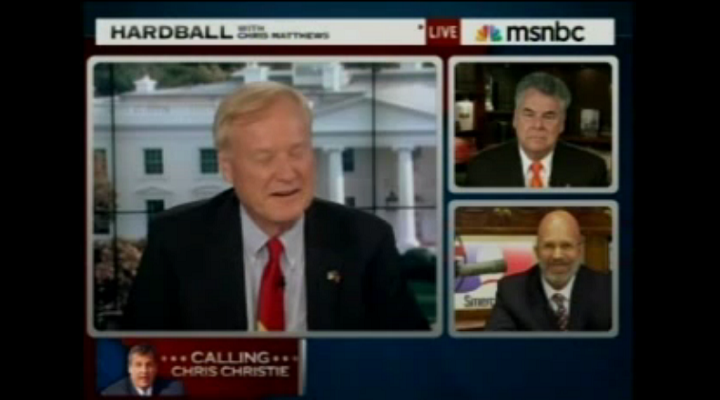 Breaking up isn’t easy to do, Save Jerseyans. Rep. Peter King (R-NY) recently told Don Imus’s audience that Governor Chris Christie “let his personal feelings get in the way of protecting us against terrorism.” Quite a charge!

He was referring, of course, to the Governor’s criticism of the controversial NYPD/NJ Muslim police probe. Specifically, Christie lamented not the substance of the operation but rather that the NYPD allegedly failed to inform relevant New Jersey authorities. Allegedly. Our new AG is investigating whether the NYPD’s operation met the standards of a 2005 executive order.

Christie shot back in characteristically blunt fashion, advising that King “should really just be quiet” and stop seeking headlines by way of invoking the popular Governor’s name.

Things weren’t always so ugly between these two larger-than-life Northeastern Republicans who, frankly, share quite a bit in common outside of this instant conflict. King also thought enough of Christie to favor him for the 2012 GOP nomination, at least as of September 2011.

King appeared on Chris Matthews’s Hardball program approximately six months ago and revealed that he had travelled to Drumthwacket in September 2010. The purpose? A two hour meeting intended to convince Christie to seek the 2012 nomination: