This Passover – Easter season I am compelled more than normal to see the world through eschatological lens. The end is near, both for America and the world. But so is a new beginning. President Obama is neither the Egyptian Pharaoh nor the Jewish High Priest Caiaphas, but Passover and Easter in their own ways are illustrative of our present circumstances. 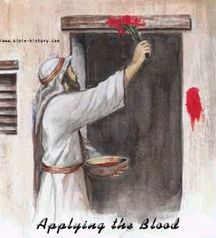 Passover and Easter are both stories that close one chapter and open a new one, they are about of slavery and freedom, captivity and rebirth. Passover celebrates the Jewish people’s deliverance from bondage and hard labor. The Jewish people had sojourned in Egypt, been fruitful and multiplied, had become “strangers in a strange land”, and were cast into slavery. They left Canaan for Egypt a small family and they left slavery in Egypt a large and mighty nation.

Easter is similarly a story of literal and spiritual rebirth. Jesus is persecuted, beaten, crucified, and then resurrected. Christiandom is in peril, its lord murdered, and its apostles deserted Jesus in his time of need. Easter is essentially the end of a dark chapter and the bright beginning of another in which those same apostles will be the brave men who lay the foundation for a Church that will challenge the world greatest pagan empire.

In both these holidays, one celebrated by my tribe and the other by the vast majority of my fellow Americans, we see the power of coercive government and the ability of a small group of people to take a stand. We see that people, trapped in bondage, even in doubt, can overcome their obstacles and create amazing things.

Unfortunately, it seems Pithom and Ramses, the store cities the ancient Israelite slaves built, are being built once more by the false god that is big government. The morally confused mob that called out to Pontius Pilate to free the guilty Barabbas and crucify Jesus has once again reared it ugly head. Yet we learn from Passover and Easter that the past matters little when compared to the future. That the Israelites were descendent of slaves, a pedigree no other people in the world claim did not stop them from building a great Temple and mighty county. Nor does the fact that in the Easter story, the women, who in ancient times were not far above slaves, alone hold steadfast even as the apostles waiver and are not only visited by an angel at Jesus’s tomb, but are also the first persons that Jesus reveals himself too. Both my fellow Jews and our friends, the Christians, have their peoplehood and faith respectively built on humble foundations. So too did our nations founding fathers who realized that while the big government they control might be in their immediate personal best interest, big government you control today can be easily be one you do not tomorrow. They understood the blinding self glory of power and built a system meant to humble would be Pharaohs and restrain demagogue inspired mobs. As our nation has turned back away from its true values and citizenry, slowly slipping into state slavery, many would say in despair that the end is near. If the stories of Passover and Easter have anything to teach us, it is that it is often worst at the end of a dark chapter and that soon a new chapter will begin in which we will make our freedom from contemporary bondage and mob like persecutions.