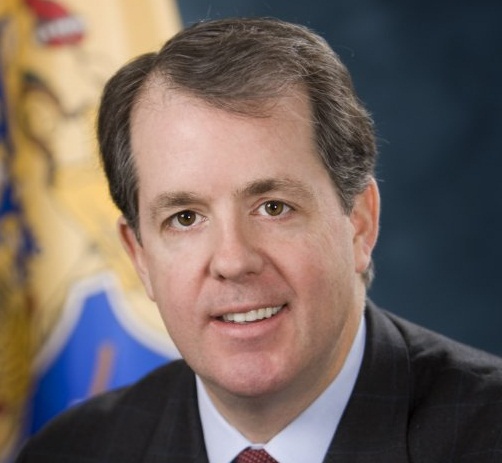 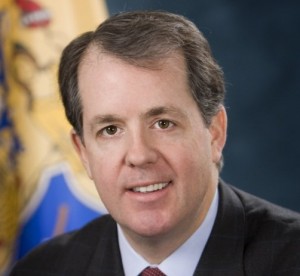 Yesterday, New Jersey State Treasurer Andrew Sidamon-Eristoff testified before the Assembly Budget Committee on the issue of the budget shortfall, projected to be about $676 million by the Christie Administration and as much as $1.3 billion by the Office of Legislative Services.

The gap between the two camps caused Governor Christie to go after the OLS Budget Director in a speech at the Marriot, where he essentially labeled OLS as a shill for the Democrat caucus.

There have been days where I have wondered the same, but that is a discussion for another day…

Sidamon-Eristoff went toe to toe with Democrats who were literally drooling for the opportunity to attack the administration on its missed projection numbers. Assembly Democrats want nothing more than to derail the 10 percent income tax cut proposed by Christie this year.

According to NJ.com, Assemblyman Gary Schaer raised some concerns about the tax cuts, and was sure to use his talking points in doing so,

I’m troubled that we’re borrowing money from the transportation fund to help fund the governor’s proposed income tax scheme, which in actuality provides almost no relief at all to the middle-class and poor

There is a lot wrong with Schaer’s statement. For one thing, this is a 10 percent tax cut for all New Jerseyans, regardless of what they make per year or what they pay in property taxes. It is money that you would not just get back from the state in the form of a refund, but instead is cash you get to keep in your own check. It does not allow Trenton politicians to mismanage the money before running it through some calculation to determine what you are allowed to have back. Additionally, it does help the poor, because the plan includes a greater earned income tax credit for those in that income bracket.

However, there is one thing Schaer is correct about, and pay attention because that almost never happens. New Jersey should not be borrowing more money from the transportation fund to pay for tax cuts. Period. This kind of move is Corzine-esque. It goes against everything that Governor Christie is supposed to stand for. In a word, its ‘weak.’ 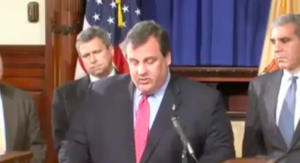 The $362 million shortfall expected for the FY2013 budget is reportedly going to be covered by cuts in non-union salary increases and diverting money from transportation projects. This goes contrary to a previous Christie plan where our state would finally begin to use cash on hand, in greater amounts each year, rather than debt to pay for our infrastructure projects. The plan was on course, and now will essentially be starting from square one. As a result, we will be taking on more debt to pay for projects in the budget.

That is not what the Christie we know would normally do. The FY2013 budget is over $32 billion. It is by far the largest budget of the Christie Administration thus far, and actually larger than any budget passed in the Corzine years. While the spending is better prioritized and it was done with tax cuts in mind, it is still a massive budget and quite a large increase in overall spending.

Can it really be possible that in a $32.1 billion budget our government cannot find $362 million to cut back on? Last year when the Democrats wanted to spend like money was going out of style, Governor Christie found nearly $1 billion in spending to veto out of the budget, and now when there is an unexpected, relatively minor fiscal crisis, his veto pen is out of ink?

Playing with the books and shuffling funds around is what Democrats do. Financing large scale projects on the backs of future generations through additional debt is what Democrats do. Creating a leaner, more responsible, and fiscally sound government is what Christie has been doing for the last three years. Now is not the time to get off course. This move sends the wrong message and should be reconsidered.