Caught Up in Another @GovChristie Fat Joke 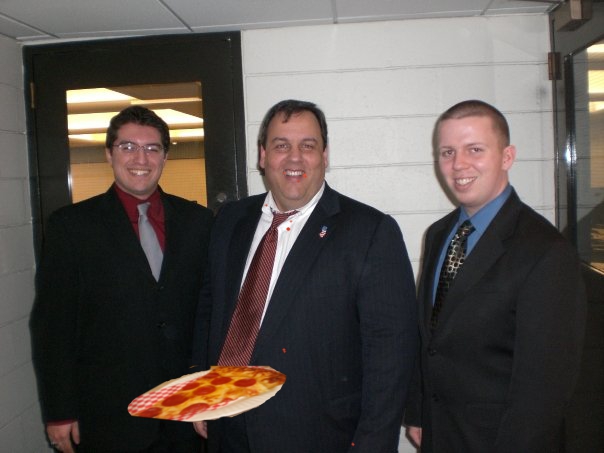 I was innocently surfing the web last night for a Christie-related item when I stumbled upon THIS photograph at ebaumsworld.com (a popular joke/parody site):

Ebaumworld’s photo gallery contains several shots, all of the Governor, with badly photoshopped slices of pizza around his person. You will also note the small dabs of red on his suit jacket… pizza sauce, of course! Because fat people can’t eat without getting it all over themselves.

Can you imagine this guy skinny? Maybe when he’s dead. Dead from eating all that pizza. He’s a fat politician from New Jersey.

You would’ve never heard me say something like THAT about Ted Kennedy even though he resembled a red beach ball in his final active years.

Granted, Chris Christie fat jokes are nothing new. The Corzine campaign accused Christie of “throwing his weight around” during the ’09 Election. Even The View ladies (who aren’t too fit themselves?) recently made fun of his waistline. The only remarkable difference between “early” Christie fat jokes and newer examples is the increasing level of ugliness (and lack of subtlety) displayed by the jokesters.

124 thoughts on “Caught Up in Another @GovChristie Fat Joke”