@MattRooneyNJ: “We’re Right Back in the Position We Were Before 1776” (VIDEO) 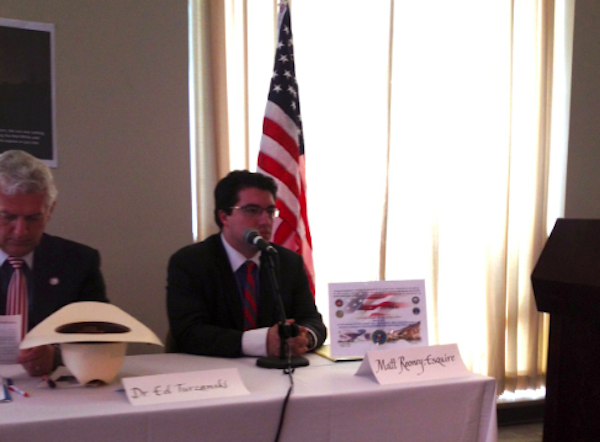 Matt participated in a Fourth of July “Celebrate American Exceptionalism” hosted by our good friends over at the Independence Hall Tea Party. I’ve posted one 3+ minute clip from Matt’s remarks below during a panel discussion of the Obamacare ruling, possible avenues of repeal and, naturally, the consequences of failing to affect repeal. Basically, Matt argues that Chief Justice Roberts created a “plenary tax power,” unprecedented in American history and capable of eviscerating limited government in the United States. It’s hotly contested point among the populace as a whole and between conservatives, too.

Check out Matt’s key remarks and feel free to offer your own opinion in the comments: