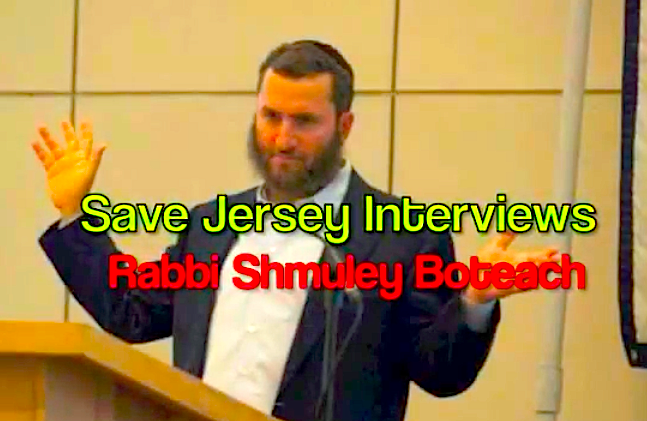 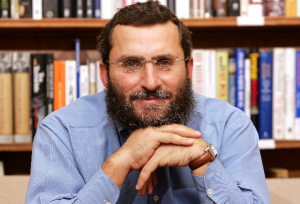 Last week, I had the opportunity to interview the Republican Congressional candidate for District 9, media personality Rabbi Shmuley Boteach.

It was one of the more interesting interviews you’ll ever see/hear at Save Jersey. He’s an articulate, passionate and undoubtedly intelligent guy with strong opinions. We’re thankful for his willingness to talk with us.

Now on to the interview and my honest post-mortem analysis: while it’s only July, much has already been said elsewhere regarding the celebrity Rabbi’s unorthodox campaign (no pun intended) and somewhat eccentric platform; my line of questioning was specifically designed to tease out his positions on core 2012 issues like jobs and the economy generally.

As a semi-closeted NeoCon myself, I like the idea of a year of mandatory national service and an assertive Americanism abroad. That said, one has to wonder from a purely strategic point of view who exactly Rabbi Boteach’s campaign thinks will “vote on his ideas” this November. The nation is tiring of active government and overseas adventurism; can the Rabbi’s ideas provide the contrast voters are looking for in NJ9? Listen below to hear us go back-and-forth over whether tax breaks for marriage counseling is a conservative idea (his view) or more paternalism from an already overly-involved federal government (my view).

Please don’t mistake my natural skepticism for blanket disapproval of his candidacy by any means: Rabbi Boteach is clearly superior alternative to Congressman Bill “Tax and Spend” Pascrell (D-NJ9), a down-the-line liberal Dem whose partisanship and hyper-ideological adherence to leftist dogma has helped lead our nation to the brink. You’ll find yourself agreeing with much of what the Rabbi has to say, and it’s clear he is a skilled/professional communicator. Whether Beoteach can capitalize on Pascrell’s weaknesses remains the operative inquiry for Republicans eager to augment the current House majority. And will Michael Jackson’s former “spiritual advisor” find his media persona to be a help towards that end? Or a hinderance? A simple Google search for “Boteach” and a quick glance at the Jewish blogosphere shows how controversial he is both within the Jewish community and among gentiles, too.

Down to brass tacks, Save Jerseyans: there are a number of reasons why voters should go red in November – NJ9 included! The Rabbi acutely understands how the current Administration’s weak leadership is hurting America at home and abroad. He can clearly, concisely and compelling communicate why liberal economics is failing us, particularly the President’s lie concerning the value of those earning $250,000 and up in our society. I’m just not convinced that campaigning heavily on foreign policy, tax breaks for marriage counseling and gay marriage will prove an effective approach in the current political environment. Here’s hoping the Rabbi shifts his focus to the nuts and bolts economics issues – he makes some solid points!

Listen below and by all means make your own judgments:

31 thoughts on “A Candid Interview with Rabbi Shmuley Boteach (AUDIO)”