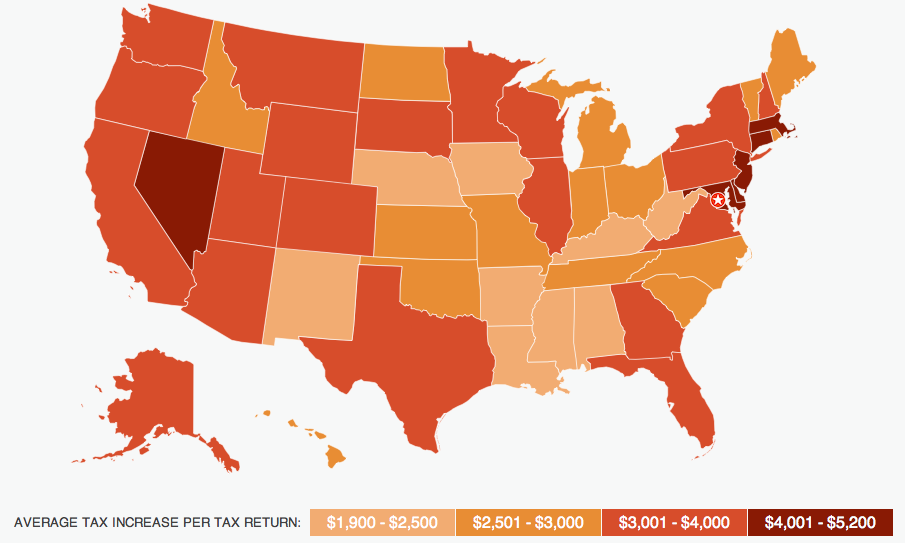 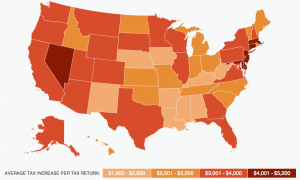 There’s no better resource on the web for public policy research than The Heritage Foundation, Save Jerseyans.

Lately, they’ve put a ton of time into analyzing the impact of “Taxmageddon,” the name popularly assigned to January 1, 2013 when many of the ObamaCare-related tax hikes go into full force and effect… conveniently after the presidential election!

The nationwide stats are staggering. For example, the average increase on America’s 33.1 Million baby boomer filers will be $4,223 per return. Families are looking at a $4,138 hike, or almost 6% of their average annual income.

Few states will be harder hit than New Jersey since our per tax return average income is relatively high: $79,151. That’s an average increase of $4,216 for every return filed…

Heritage’s scholars did the math, and they estimate a $19.308 Billion tax increase for the Garden State. Heritage even broke down the total tax increase by Congressional district (based on the current, pre-redistricting map) utilizing 2006 and 2008 IRS data by zip code.

I’ve bolded Rush Holt’s name and ObamaCare district stats because he’s the only one of those four congressmen who actually voted for the Affordable Care Act!

The least-hard hit districts in New Jersey? A pattern is emerging:

Both NJ-13 and NJ-10 are Northeastern New Jersey “deep blue” urban districts represented by Democrats.
Do you see it?
This is EXACTLY what the President meant when he said “spread the wealth around” back in 2008, Save Jerseyans. What most people didn’t realize is that he’d “spread” it from the folks who didn’t vote for him to the people who did! We warned them…
httpv://www.youtube.com/watch?v=OoqI5PSRcXM

14 thoughts on “Spreading the Wealth Around: Taxmageddon Impact Breakdown Across New Jersey”