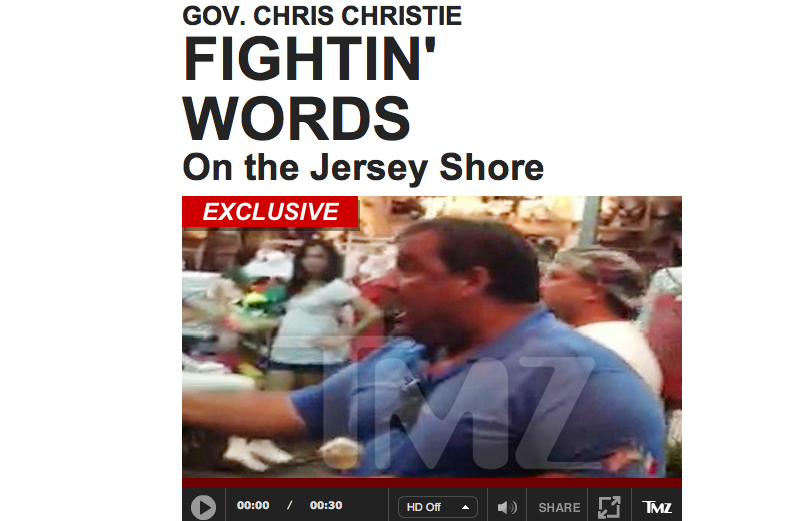 Is there something in the water up there?

Gov. Christie (R-NJ) was hangin’ with his family in Seaside Heights … and had just ordered an ice cream cone when a passerby fired off some snide comments about Christie’s policy on education.

The man shouted back, “Nah, just take care of the teachers!”

The comment only enflamed Christie … who aggresively marched towards the guy and warned, “Keep walkin’ away … really good … keep walkin’.”

Soon after, someone in Christie’s party put his arm around the 49-year-old and escorted him in the other direction.

In the Governor’s defense, rockin’ the boat isn’t easy, folks. Ask Scott Walker. It all comes with the territory, and sometimes that means you can’t step foot outside your office without some joker getting in your face. We don’t know the full context of this insular case from that super-short amateur video obtained by TMZ. But seriously… New Jersey politics WAS the original reality TV show. Just read Bob Ingle’s Soprano State for proof positive. We play rough here. I’m glad the rest of the country thinks it’s funny. To us, it’s a not-so-subtle art but an “art” all the same.