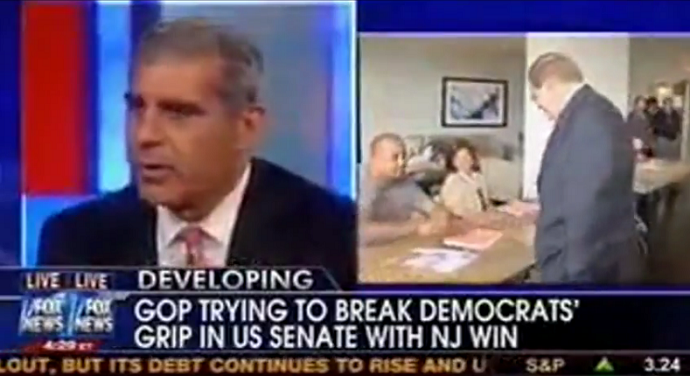 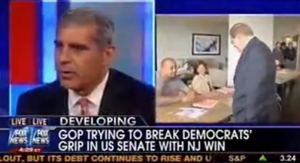 Today I went after the Kyrillos campaign a bit for what in my view is an attempt to distance itself from Paul Ryan, the next Vice President of the United States of America. While that has been my biggest criticism after the fallout from Kyrillos’s recent statements about his plan for taxes and the budget, it has not been the focus of the mainstream media in New Jersey. Instead, the media is trying to paint Joe Kyrillos as a tax hiking politician, just like Bob Menendez. The very idea is simply absurd.

A lot of the media scorn has come from Joe refusing to sign a pledge presented to every politician for federal office by Americans for Tax Reform. This pledge essentially states that if elected, said official will never vote for a tax increase, ever.

Joe Kyrillos refused to sign this pledge, and if you read my article this morning you would know that I admire him for that decision. Why? Because this pledge is idiotic. While we often do not like to think of it this way, politicians are negotiators and deal makers. They often must work with the other side of the aisle to get things done. For any negotiation to be successful, both sides must be dealing in good faith. Signing a blanket pledge that takes away a huge bargaining tool ties the hands of the negotiator and ultimately of America. Kyrillos largely agrees with me on this point. How do I know? Because he said so on television!

HOST: Would you sign the pledge? No new taxes?

KYRILLOS: I don’t sign pledges. But I’ve been in the state senate a long time, and I don’t vote for broad-based income or sales taxes or broad-based taxes of any kind, and I’m not going to do it now. But you know what? I want to go into this thing open and honestly and deal with it in a forthright way.

So let’s be clear on Joe Kyrillo’s position on taxes. Just because he wants to close loopholes does not mean he wants to raise taxes. The campaign has been doing a big of scrambling since the news broke yesterday. They are trying to make it clear that Kyrillos is for simplifying the tax code, which includes not only closing loopholes but also lowering rates to boost economic growth. They want Republicans to rest assured that Joe has no intention of giving in to Obama’s tax increase plans. I have no seen them state it any clearer than in an email I received earlier today from a member of Team Kyrillos.

Joe has been a tax cutter his entire career. He has never voted for a broad-based tax increase and in fact, has voted to oppose at least $11.9 billion in new or increased taxes throughout his career, including the millionaires tax back in June.

So while I still disagree on what appears to be a purposeful distancing from the Ryan VP pick, I do not want to be a part of the media disinformation campaign to make Joe Kyrillos look like a tax hiking liberal like Bob Menendez. The latter is simply untrue.