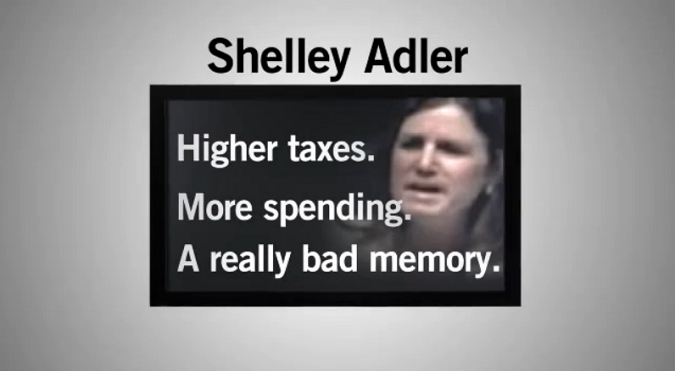 The Runyan campaign’s job is much, much easier; the truth stands on its own when Republicans are brave enough to assert it! And it’s even better when the truth involves liberal Democrats like Shelley Adler politically wounding themselves with their own words…

Check out this smart new Jon Runyan TV spot that just went up on air today — titled “True Colors” — obtained first by Save Jersey; not only is it a devastating critique of Adler’s ugly tax record, but it also supports the popular (and growing) perception of Shelley Adler as a woman lacking firm political principles: