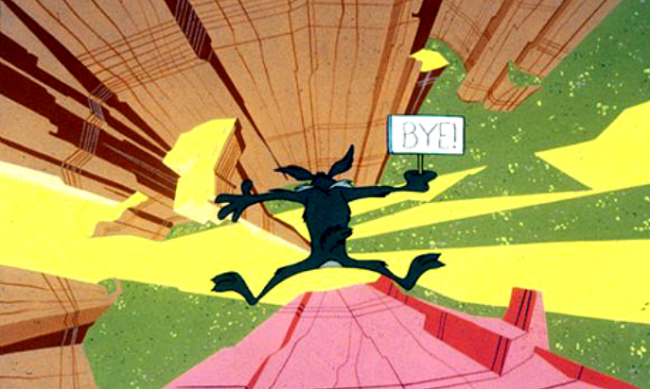 To kick things off, here’s a little politically incorrect food for thought, Save Jerseyans, as America inches closer to that “fiscal cliff” everyone is talking about…

Now I’ve got your attention.

Let’s add a little meat to the bones of Bob’s argument, shall we?

As I’ve been saying for weeks, we lost the 2012 Election largely because we lost the 2008 financial crisis blame game. The country is as divided as ever; after a $6 billion campaign, the untenable status quo prevailed. Will another short term solution solve anything? Generate a long-elusive consensus? Advance the conservative cause? Right the fiscal ship?

Or will it simply buy our Republic a little extra time before the inevitable collapse? Like the Compromise of 1850?

For argument’s sake, assume for a moment that Congressional Republicans give President Obama absolutely everything he’s looking for in these sham “negotiations” in terms of “new revenue.” The President’s proposal — allowing the Bush era tax cuts to expire for those earning $250k+ — is expected to add only $90 billion annually to the federal coffers.

That’s enough to fund the federal government for one week, folks.

It won’t. Obama’s plan is a non-solution that is transparently designed to score political points.

What Obama won’t tell you is that there aren’t enough “rich” people left to soak. And even if there were, higher tax rates, at a point, cease generating higher revenues owing to simultaneous downward pressure on growth. It’s a simple concept. To understand a little better, imagine you own a sidewalk concession stand that sells slices of pizza. You’ll increase your profit margin by increasing your prices for awhile and watch your coffers swell… until your prices reach a point where folks can no longer afford to buy your slices (or can find a better price at the cart down the street).

Sales drop off. Ingredient costs continue to climb but the expense of staying in business — and maintaining your overpriced pizza pies — will eventually drive you into bankruptcy.

Similarly, our broken entitlement system and busted unfunded liabilities can’t be shored up with tax hikes even assuming facts in a light most favorable to the Democrats’ advocating them. Higher-than-Bush-era tax rates won’t generate new revenues as the President claims. My objection isn’t ideological. It’s mathematical. Whether it’s New Jersey or Great Britain, millionaires won’t sit around and take it on the chin. They’ll vote with their feet. Purchase their slices elsewhere. The world is flat, Mr. Krugman.

Yet the latest news out of Washington suggests the President’s party is unwilling to consider new budget cuts.

To review: (1) Obama’s tax hikes can’t bring in nearly enough money to cover the gap, yet (2) his Administration and Senate is unwilling to consider spending less/reforming our obligations.

What would happen to your household if you couldn’t afford the mortgage but no new income was forthcoming but your spouse/kids refused to cut back?

The bank would take your home after awhile. YOU don’t have the credit to borrow from China. The United State of America is rapidly approaching the same sad pass.

So what good is a compromise under those ridiculous, Obama-imposed constraints? We’ll be right back at the cliff, starring into the abyss, this time next year. The blue state voters (who ironically stand to pay the most if we go over the edge) won’t learn a damn thing. Pandora won’t go back into her box unless both sides of the aisle are willing to set aside class warfare politics and push. Democrat proposals that raise vastly insufficient revenues coupled with a refusal to consider real cuts/entitlement reforms aren’t serious and should be treated as such.

We’re ultimately damned if we do, damned if we don’t, Save Jerseyans. The mainstream media will blame Republicans (and Bush) no matter what happens on January 1st.

Perhaps it’s better for the country and the GOP, too, to step back and let O own it?

14 thoughts on “Going Over the Cliff”