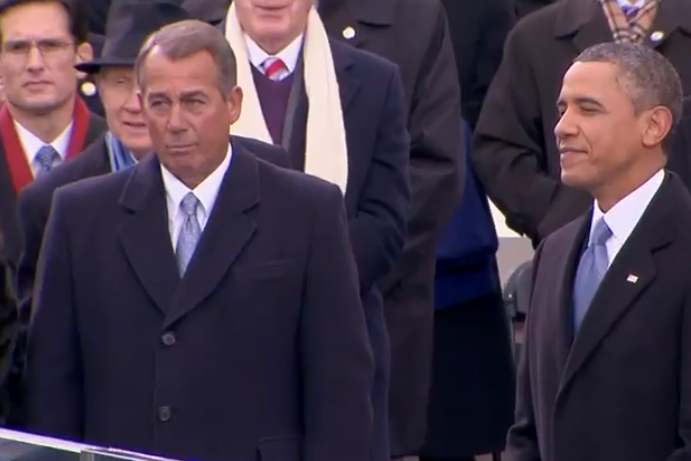 We’ve all heard that the current U.S. unemployment rate is the exact same as four years ago in January 2009: a persistently high 7.8%. It represents zero progress since “change” and “hope” came to Washington. None. Zilch. Nada.

The President’s defenders (quite a few of whom served an on-air analysts for yesterday’s inaugural ceremonies) are quick to point out that he inherited a MASSIVE financial and economic mess, one which it will take time to remedy. But we’re headed in the right direction. Moving forward. Winning the future.

So in real terms, folks, President Obama is performing (1) much worse than Bill Clinton and (2) marginally worse than Ronald Reagan based solely on his “U3” first term unemployment rate. If we look at the U6, this is the longest period of high, sustained unemployment since the Great Depression that ended 70 years ago (see our discussion of labor force participation).

But let’s dig a little deeper in order to clearly explain why Obama’s performance has been so much worse than Reagan’s. In short, Reagan had a proportionately bigger hole from which to dig out. Job growth during Ronald Reagan’s first term was nevertheless far more robust than throughout Barack Obama’s first four years.

How much better? Total U.S. employment increased by 6.61% between 1981 and 1985; total employment FELL between 2009 and 2013 by 0.04% (h/t RealClearMarkets). By the end of September 1983, the American economic engine was cranking out 1.1 million new jobs per month. The U.S. economy added just 155,000 jobs in December 2012, a number barely at-or-above replacement level (i.e. the amount of jobs needed to compensate for gross loses and population growth). Unemployment was steadily dropping by the time Ronald Reagan took his second oath of office. Under President Obama, the U3 is stagnant and the U6 continues to soar.

What gives? President Obama’s economic policies! More federal debt accumulated than every other president from Washington through Clinton combined. An avalanche of job killing regulations… 68 new ones per day. Sizable tax increases on the Middle Class (after he promised to prevent them). And a complete unwillingness to tackle the “big issues” like entitlement reform which every expert agrees is essential to averting a fiscal disaster.

No spin. Not “partisan” or personal. Just numbers. Share’em with your favorite office liberal and dare them to defend President Obama’s jobs record with a straight face.

3 thoughts on “A Historic Jobs Failure”