A Game of Genders 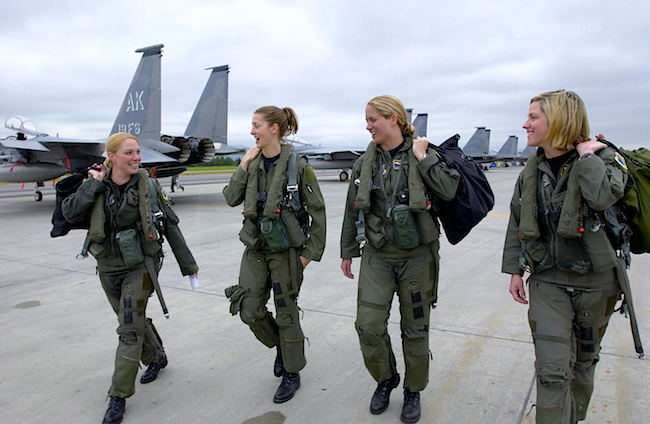 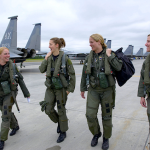 I agree wholeheartedly with President Obama when he said “valor knows no gender,” Save Jerseyans.

It’s also true that this President and his minions know no shame. If any of you seriously doubt that the announcement of a Pentagon rule change permitting women to fill combat roles was politically calculated to occur on the same day Hillary Clinton testified on Benghazi, then you’re either (1) hopelessly naive or (2) willfully blind.

But I’m admittedly conflicted on the substance of the issue.

On the one hand, I consider myself a pretty old fashioned guy. The idea of American women being drafted and sent to war while able-bodied men sit at home is instinctively distasteful to me. Some feminists would consider my sentiment abhorrently “sexist.” I’ll let you be the judge of that…

I have also have had the pleasure of getting to know extraordinary female service members. They’re the best of the best. Most could kick my butt around the block! I see no reason why they shouldn’t have the opportunity to serve in a variety of conflict zones should they so choose.

This rule change is workable provided it’s implemented correctly and properly designed. For example, to protect the quality of the armed services’ fighting force, all physical requirements for duty must remain the same. That’s a question which the Pentagon has yet to full answer. I’m not surprised… this is, after all, a political decision!

Score the points or create the distraction first, fill everyone in on the details later. Governance by the Nancy Pelosi “[w]e have to pass the bill so that you can find out what is in it” philosophy. A big game for the persons in power. Sometimes it produces the right decision. Often times it doesn’t. The rest of us are left grasping for straws since we, the people, are shut out of the process.

What’s your take, Save Jerseyans? Am I too grim? Or do you agree? Leave a comment and let’s hear your opinion.

7 thoughts on “A Game of Genders”