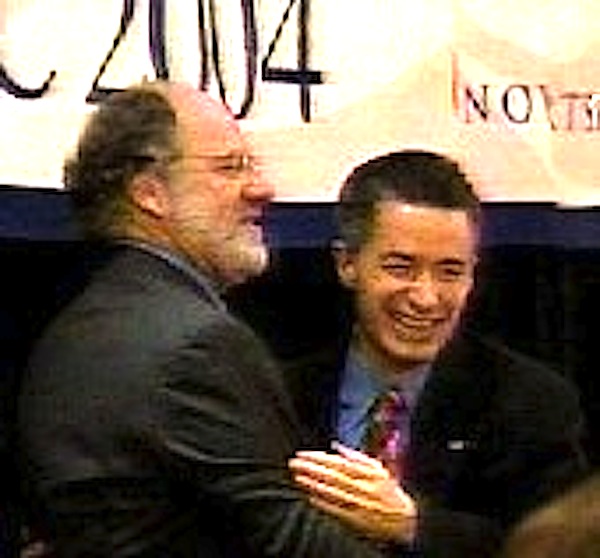 Redemption is a Journey, Not a Movie Trailer 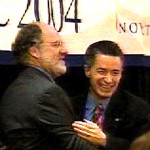 Yes, I’ve been openly skeptical of Jim McGreevey’s magical transformation from one of the sleaziest politicians in state history into a modern-day John the Baptist, ministering to prisoners and preaching forgiveness dressed in comparatively simple garb. It all seems a little convenient for a man who, by his own admission, was very good at playing political games.

Go ahead. Call me cynical! But what New Jersey taxpayer with half a brain isn’t cynical in 2013? Pardon my French, but we’ve been screwed too many times by these people. McGreevey chief among them. Of course not everyone agrees with me. The documentary of his “Fall to Grace” will air on HBO next Thursday, March 28th — Holy Thursday for Christians. How [in]appropriate! Here’s the trailer:

In all seriousness, Save Jerseyans, I don’t begrudge McGreevey his redemption if it’s genuine. I simply refuse to shut off my brain…

Everyone does deserve a second chance. That’s not a political procurement; that’s what my faith tells me I’m required to do. While McGreevey’s HBO debut is airing across North America, newly-inaugurated Pope Francis will celebrate Holy Thursday mass in a prison.

But in this fast-paced, morally-relativistic culture of ours that elevates instantaneous self-gratification and cults of personality over substance, I instinctively view celebrity overnight transformations with a cautious eye. This Eagles’ fan felt the same way about Michael Vick from the moment of his return to the NFL! The modern media establishment loves a good rehabilitation tale — fabricated or not — because their consumers love watching a rehabilitation tale.

Perspective is often the first casualty.

And like the Pope, I happen to believe that morality is black and white and reaching into all areas of our lives. I haven’t read/heard any evidence suggesting that the former Governor has looked beyond his own personal interactions to revisit how his policies affected his fellow human beings. For example, has he changed his position on abortion? Something that’s anathema to folks of the Christian faith? It makes you wonder if the atypically-undiscriminating Episcopal Church shared our skepticism when they refused to advance his attempt at entering the priesthood.

What’s my point? Only that rehabilitation isn’t a movie trailer, folks. It’s a journey, an often difficult and lonely one, and in my humble opinion, you don’t get credit for the journey until you’ve traveled on the road for a little awhile. A second key component is anonymity. Christians aren’t supposed to shout news of their good works from the mountaintops! Otherwise how do we know it’s genuine? Particularly when all of this redemption talk swirling around McGreevey has yielded a heaping helping of exactly what he claims corrupted his soul in the first place… the public’s attention.

I’ll pray for our former Governor. We’re all sinners, and the last thing I want to do on Save Jersey is pass judgment on a man’s soul. We stick to passing judgment on legislation. I’ll probably even watch the documentary at some point. But unlike the rest of the media, this blogger isn’t ready to begin canonization proceeding quite yet. It doesn’t work like that. At least it shouldn’t.

5 thoughts on “Fall to Grace? Or Unholy Deception?”